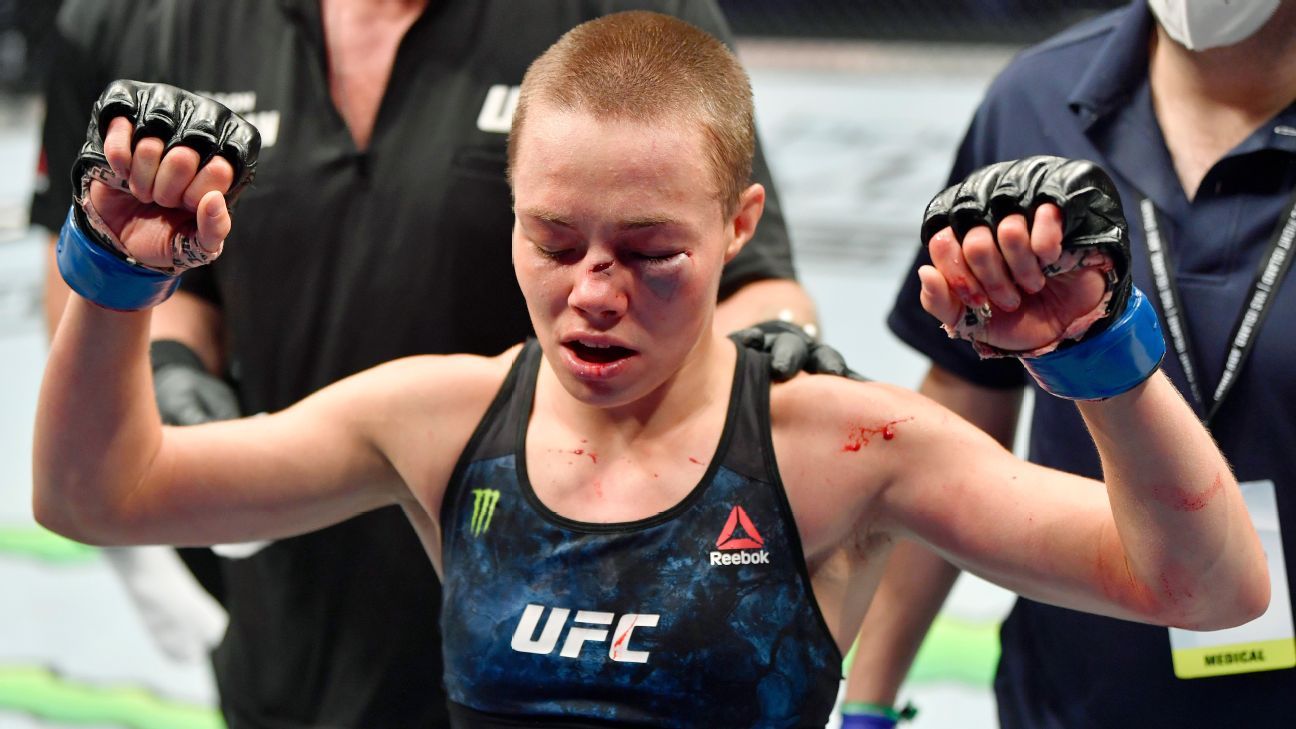 Namajunas told ESPN she broke her nose in the third round of her eventual split decision victory over Jessica Andrade last weekend at UFC 251. The win marked her first in over two years.

Namajunas, 28, had not fought since May 2019 when she lost the strawweight title to Andrade via second-round knockout.

The former 115-pound champion said on this week’s Ariel Helwani’s MMA Show that she would like to fight current strawweight champion Zhang Weili next but added that there haven’t been any talks surrounding that fight just yet.

“I would love to fight her,” Namajunas said. “She’s awesome. Really technical, really strong. That’s something that interests me a lot. Ever since I saw her fight Tecia [Torres], I’ve been scouting her out a little bit, and I think it’s just going to be a beautiful display of martial arts. She’s a master, I’m a master. It’s going to be really cool.”

Back in May, she told ESPN she would like to fight Namajunas next.

“I would fight anyone that the UFC offers to us,” she said, “but my preference is to fight Rose because I believe she is the highest-level and most skilled martial artist outside of myself in the division.

“She would be a good challenge for me.”