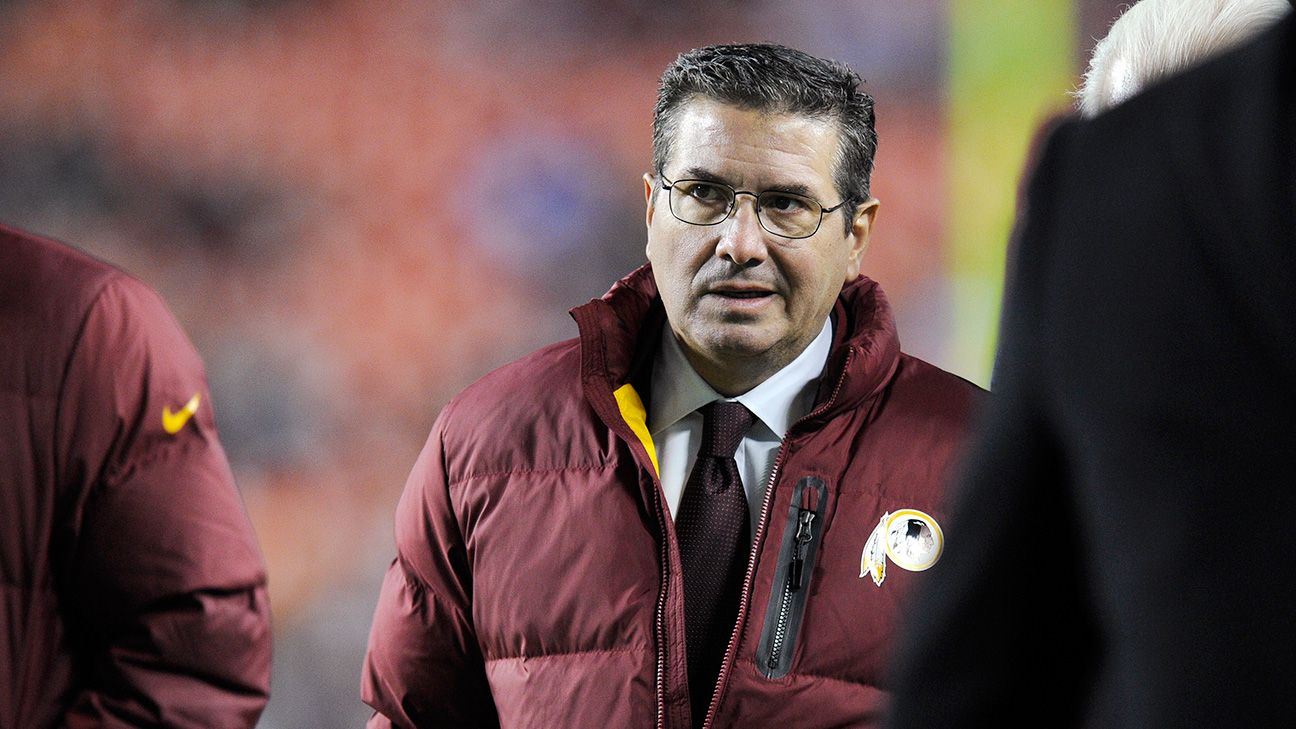 There are no allegations against Snyder or former longtime general manager Bruce Allen, who was fired last December after 10 years with the franchise.

Snyder declined several requests for an interview, according to the Post. Allen also did not reply to interview requests. The NFL has not yet responded to an ESPN request for comment

“The Washington Redskins football team takes issues of employee conduct seriously,” the team said in a statement to the Post. “While we do not speak to specific employee situations publicly, when new allegations of conduct are brought forward that are contrary to these policies, we address them promptly.”

In a text to ESPN’s John Keim, first-year Washington coach Ron Rivera said that the culture within the organization would change moving forward.

“Biggest thing is that we have to move forward from this and make sure everybody understands we have policies that we will follow and that we have an open door policy with no retribution,” Rivera said. “Plus my daughter works for the team and I sure as hell am not going to allow any of this!”

The team has hired D.C. attorney Beth Wilkinson of Wilkinson Walsh LLP to review the organization’s protocols, including its culture, policies and allegations of workplace misconduct, Wilkinson confirmed in a statement on Thursday.

Wilkinson has represented the NFL in a suit challenging the league’s Sunday Ticket Package and has also successfully represented the NCAA and Major League Baseball in class-action suits. She also assisted Supreme Court justice Brett Kavanaugh during his confirmation process in addressing allegations of sexual misconduct.

It has been reported that three minority shareholders are seeking to sell their interests in the team.

The minority shareholders have hired the investment bank Moag & Company to vet buyers and sell their stake in the team, a league source told Schefter.

The allegations come on the heels of the team’s announcement Monday that it would be retiring its nickname and logo after completing a thorough review that began on July 3.