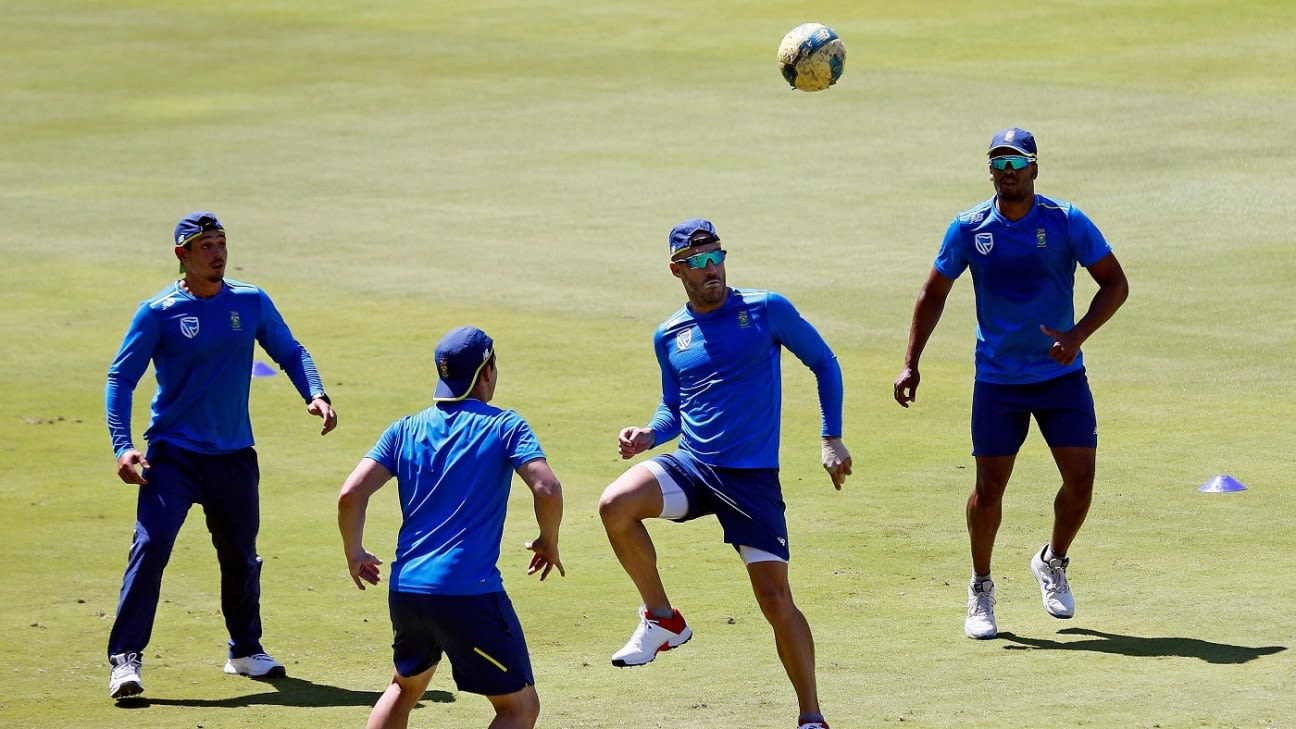 Both Cricket South Africa (CSA) and a leading epidemiologist are comfortable that Saturday’s 3TC match will proceed as safely as possible, despite it being played in Gauteng, which is currently seen as the epicentre of the Covid-19 pandemic in South Africa. The exhibition match, which will feature 24 players divided into three teams of eight who will all compete in the same fixture, will take place at SuperSport Park in Centurion (in Gauteng), and is the first time South African players will take the field in more than three months.

Players returned to training late last month and were tested before they began small group sessions. Subsequently, six CSA staffers had tested positive, but no players. Those involved in the 3TC match were tested again before leaving their homes to travel to Centurion, and those in the province were tested earlier this week. Six more positive tests were recorded, all among non-playing members of the event. No further testing is expected before Saturday’s match.

Although it is not an international game, that approach is in contrast to that taken by the England and Wales Cricket Board (ECB) – as one example – which restarted international cricket this month. Players in the England and West Indies teams were tested three times before the ongoing Test series and are currently being tested every five days. Pakistan, who are in England currently as their next opponents, have also carried out multiple tests on their squad before they left Pakistan, and have undergone several tests under ECB protocols since they landed in the UK. That level of testing has, in fact, helped Pakistan in identifying a number of players who tested positive for Covid-19 and who had to delay their travel to the UK: a player like Kashif Bhatti, who tested positive in Pakistan, would have undergone eight tests within the last month alone.

“It is expected that players will be asked symptom questions daily and will report if they are feeling unwell. Any further testing would be a waste of limited testing supplies”

The 3TC game is a domestic affair and has only seen players cross provincial boundaries rather than international ones, and the realities on the ground in South Africa also mean more testing would not be possible.

“The players were tested before they left their homes to enter the bubble which means the risk of asymptomatic carriers was addressed,” Professor Ian Sanne, an infectious diseases specialist who has been advising several sports on return to play, told ESPNcricinfo. “It is expected that players will be asked symptom questions daily and will report if they are feeling unwell. Any further testing would be a waste of limited testing supplies.”

While Sanne acknowledged that the risk of playing at this point in time – with infection numbers on the rise as the country approaches its peak – is “higher” than it would be otherwise, it remains relatively low in a non-contact sport like cricket. “The known transmission means suggest that the virus spreads in close contact over prolonged periods of time in a room that does not have much airflow. The risks outdoors are very low,” he said.

Sanne added that airport and airplane travel and hotel room protocols are being adhered to through “mask-wearing and sanitising”, and although some contact is unavoidable, it has been kept to a minimum. Hotel rooms are not serviced once a guest arrives, for example, to avoid increasing the risk of transmission.

Dr Shabir Mahdi, a professor of vaccinology who is leading South Africa’s Covid-19 vaccine trials, largely agreed with Sanne. “Ideally, players should be tested 96 to 72 hours before they play but in a country like ours, with limited testing supply, that may not be possible,” he said. “As long as they adhere to the protocols, which include that during the match, players should not use the change room and sit in the stands, at least two metres apart, the risk of spreading the virus is low.”

There will remain some risk, according to another expert, though as in so many countries the need to find a balance is key. “The current government protocols do not ensure complete safety but we need to balance out the need to get the economy and sport going against the growing pandemic,” Dr Jason Suter, of the Cape Sports Medicine Practice, said.

CSA will stick to the non-use of a dressing room, and with other sanitary measures in place, the organisation is comfortable that it is not putting players at risk. “We know there are concerns, but we are following protocols,” Dr Jacques Faul, CSA’s acting CEO, said.

CSA’s return-to-training-and-play plans were approved by the country’s department of sport in late June, after the organisation’s first attempt to play the match on June 27 was scuppered by its failure to obtain permission on time. Then, CSA was required to meet additional criteria from the department of health because SuperSport Park is situated in a coronavirus hotspot. Now, it is part of the region with the most number of cases in the country. As of Thursday, July 16, the Gauteng province recorded 117,895 positive cases of covid-19, more than 34,000 higher than any other of South Africa’s nine provinces.

Asked if the fixture should have been played in a safer part of the country, such as Bloemfontein or Potchefstroom, Sanne explained that it was not necessarily sensible. “Other areas are just as problematic because even if a province has lower numbers, such as the Free State, there are still hotspots, like the district of Mangaung,” he said. Bloemfontein is part of the Mangaung metropolitan area, which would have made it a risky choice as well.

Apart from the pandemic, a further concern is player fitness, with most having only had scant training since mid-March. Earlier this month, Quinton de Kock revealed that he had not picked up a bat since returning from India with the ODI squad, while Junior Dala, who is also part of the 3TC, said he had not had much bowling under his belt in recent weeks. “There hasn’t been any bowling as such. I know we’re meant to be in pre-season which is a time when a lot of the guys try and top up their skills. We haven’t had that, so now it’s nice to get out and play again,” he said on Thursday.

At the event’s launch in mid-June, acting director of cricket Graeme Smith acknowledged that players may not be at their best for this match and that they would not be expected to be. “We’d be amiss to expect our players to be at 100%,” he said. “They’ve handled the build-up, they’ve handled the lockdown well, they’ve done elements of training. But they haven’t been able to get the extensive cricket or outdoor training that normally we expect of them going into big contests.”

CSA has repeatedly pointed to the charity element of the day as to why they are staging this match when they are, in winter months when cricketers are not ordinarily in action. All proceeds from the 3TC, which will come from the sponsors, will go the newly created Hardship Fund, which seeks to assist those that have lost their livelihoods in the last few months.