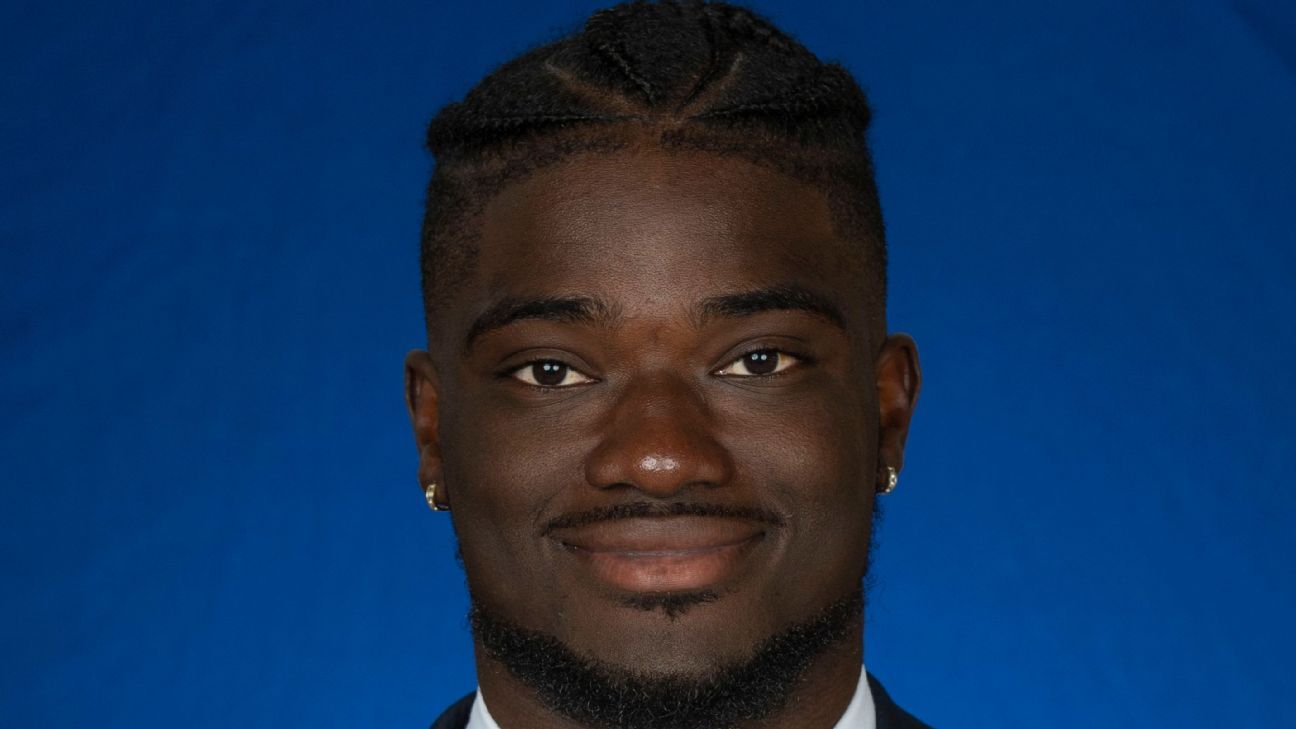 Michigan defensive end David Ojabo has been stuck in his home country of Scotland since March, unable to travel back to the United States.

Ojabo had flown to Aberdeen, Scotland, before the COVID-19 outbreak, thinking he would be home for only a few weeks. As the virus spread and was designated a pandemic, borders were closed and travel was limited, keeping Ojabo in Scotland without a way back to Michigan.

As his teammates are participating in voluntary workouts, he has been stuck in his home country because foreign nationals who have been in the United Kingdom during the previous 14 days may not enter the United States.

“We’ve tried everything, trying to find loopholes, we called every flight agency known to man,” Ojabo said on the “In The Trenches” podcast. “We’ve done our research, and it just seems like never-ending, this lockdown. Everyone probably feels that way, but especially for me, just being away from my teammates.”

Ojabo was born in Nigeria, but he and his family are Scotland nationals after moving to the United Kingdom in 2007. He came to the United States by himself in 2016 at the age of 15 for boarding school in New Jersey, and he was eventually recruited by major college football programs. He signed with Michigan in the 2019 class.

The redshirt freshman defensive lineman hadn’t gone home much since coming to the U.S., going back to Scotland only after Michigan’s bowl game last season.

He saw this offseason as an opportunity to go back again once the university shut down its campus due to the pandemic. He flew back home, not knowing he would be restricted from flying back once the virus spread across the globe.

Ojabo said Tuesday on Twitter that it “seems like a never ending dream at this point” that he can’t get back to campus.

sucks being locked out the country and away from my teammates🖤seems like a never ending dream at this point! miss my brothers man.

He has enjoyed his time at home, though, being able to spend time with his family and get away from the constant work that comes with football.

As much as he has enjoyed the time back home, Michigan starts practices on July 24, and Ojabo still has no clear picture of when he will be able to leave the country.

“We really don’t know what’s going on. I even put out that tweet just out of frustration, like man, I need some answers,” Ojabo said. “The frustrating part is we don’t have any answers because it’s all above us, it’s all above us, and it’s all the government. Until they give us that word, we can’t say nothing about it.”