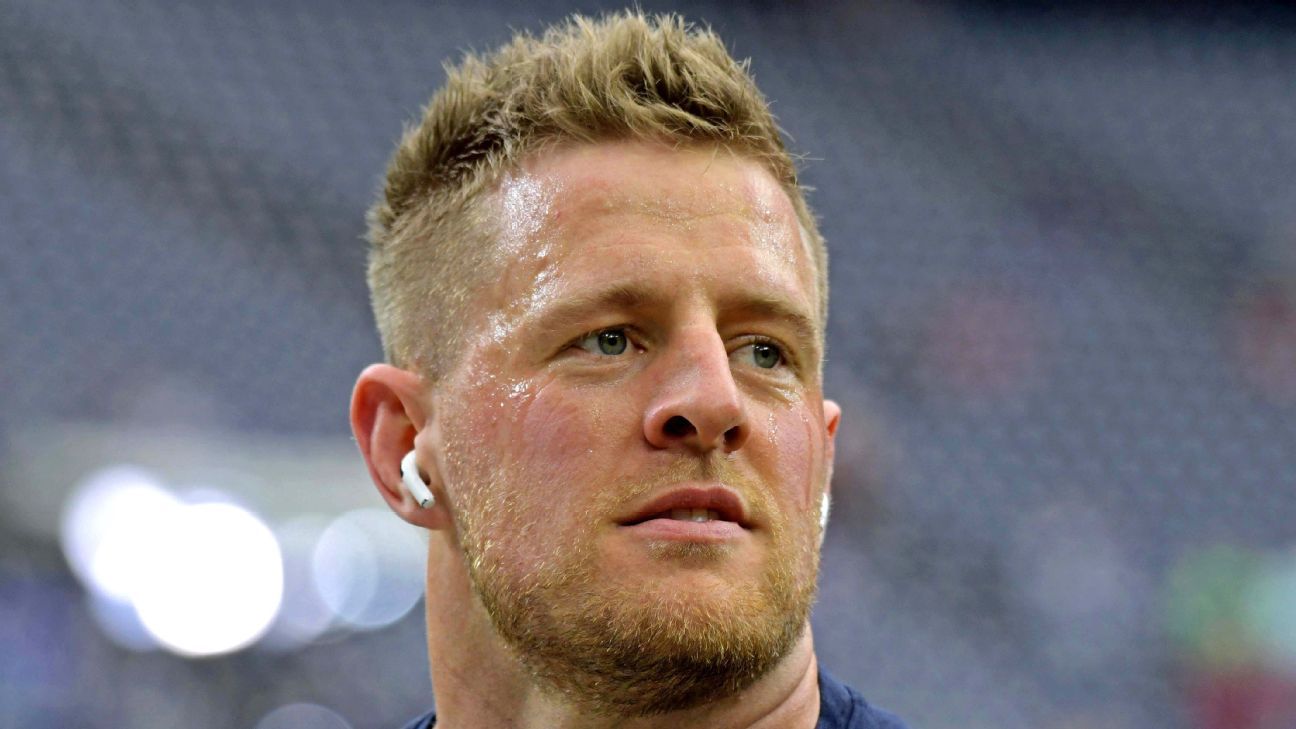 Emphasizing that “we want to play,” Houston Texans star J.J. Watt posted a list of questions that NFL players need answered before training camps can open.

The Texans are supposed to open the regular season Thursday, Sept. 10, at Kansas City, with rookies for both teams scheduled to report to camp on Saturday.

Watt, who said that he was part of four NFL Players Association calls with hundreds of players over the past two weeks, posted the questions to Twitter, beginning and ending his post with: “We want to play.”

In the interest of having everyone on the same page in terms of what we know and don’t know at this time, here are a few things I’ve learned being on four NFLPA calls in the last two weeks with hundreds of other players.

Keep in mind our rookies are scheduled to report in 48 hrs pic.twitter.com/wAH1XyQenf

The NFL responded to the NFLPA’s counterproposal on coronavirus-related reopening protocols on Tuesday night, with a major unresolved issue being whether COVID-19 should be classified as a non-football injury, a source told ESPN’s Dan Graziano. NFL teams that place players on the non-football injury list are not required to pay those players.

A source told ESPN’s Jeremy Fowler that among the requests in the players’ recent proposal were opt-out clauses for at-risk players (receive salary but not bonuses), players with at-risk families (earn an accrued season and benefits) and players who leave their team after reporting (terms uncertain) if they decide not to play.

Players also are requesting a $250,000 stipend guaranteed to all players if they show up to camp and everything is shut down because of COVID-19 concerns. That amount rises to $500,000 if the season starts, only to be shut down, the source told Fowler.

The NFLPA also wants coronavirus testing every day and no preseason games this year, while the league wants less frequent testing (such as every other day) and two preseason games, the source told Fowler.

Hovering over the discussions is the spike in coronavirus cases in states like Texas, Arizona and California, and the increasing possibility that those states might soon be implementing shutdown provisions that would limit large gatherings. Should that happen, it’s possible teams in those states wouldn’t be able to hold training camps. An earlier NFL-NFLPA agreement stipulates that teams are required to hold training camps at their own team facilities this year, and that if any team cannot open its facility, no other team will be allowed to open its facility.

It is unclear when the NFL and NFLPA will resume formal talks, but it’s expected they will speak again soon.