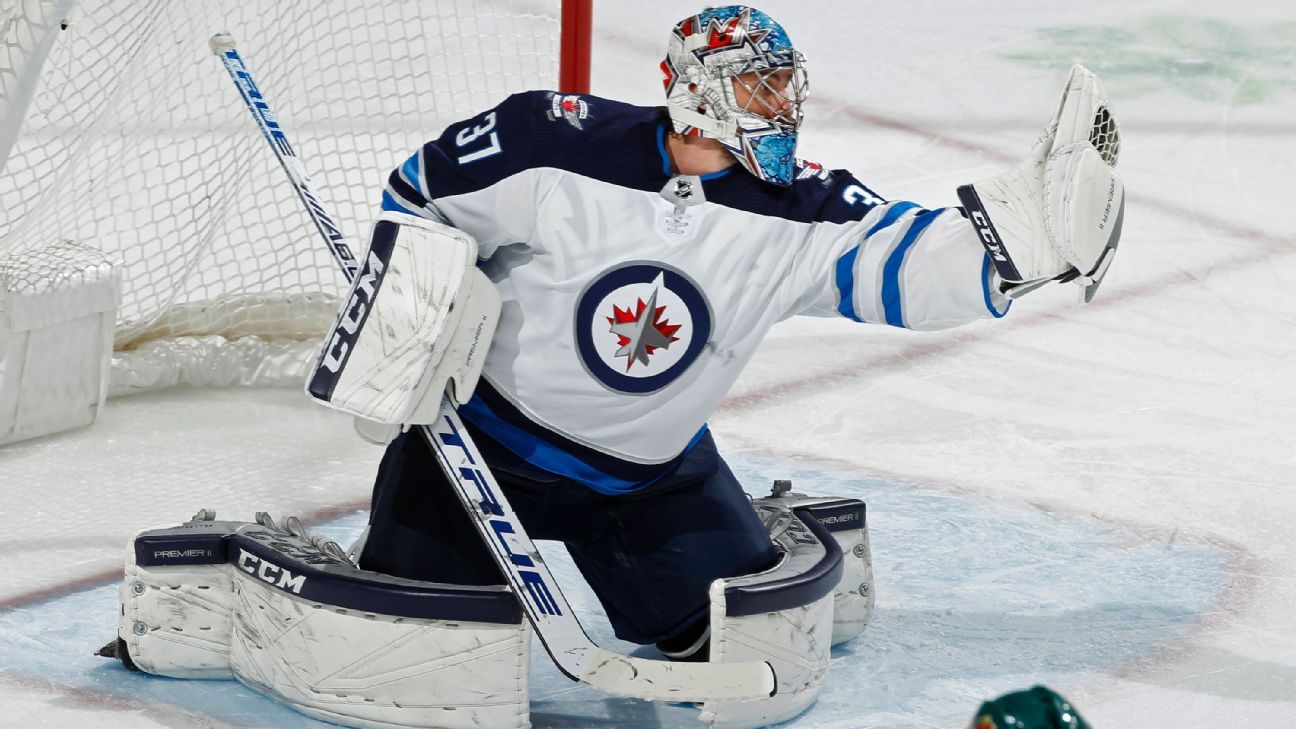 Goaltenders Connor Hellebuyck of the Winnipeg Jets, Tuukka Rask of the Boston Bruins and Andrei Vasilevskiy of the Tampa Bay Lightning are the three finalists for the 2019-20 Vezina Trophy, it was announced Friday.

The NHL’s general managers cast ballots to determine the league’s “goaltender judged to be the best at his position” at the conclusion of the regular season.

Vasilevskiy, who has been a Vezina finalist for three straight seasons, is seeking to become the first back-to-back winner since Martin Brodeur (2006-08). His 35 wins led the NHL, which included a 19-0-2 run for the Lightning as they climbed from ninth place to second in the Eastern Conference. However, his .917 save percentage ranked only 13th among goalies with at least 30 appearances.

Rask was second in save percentage (.929) and led the NHL in goals-against average (2.12), teaming with backup Jaroslav Halak to win the William Jennings Trophy for the team that allowed the fewest regular-season goals. Rask, who won the Vezina in 2014, had a record of 26-8-6 for the league-leading Bruins.

But the favorite for the Vezina is Hellebuyck, who was the most valuable player for Winnipeg after the team lost four of its six defensemen from last season. He finished tied for first in games played (58), shots faced (1,796), saves (1,656) and shutouts (six). He had a record of 31-21-5, accounting for 83.8% of the Jets’ victories this season (38). Overall, he had a 2.57 goals-against average and a .922 save percentage. He ranked first with 26.7 goals saved above average, according to Evolving Hockey.

Among the goalies who didn’t make the top three for the Vezina: St. Louis‘ Jordan Binnington, Dallas‘ Ben Bishop and Vancouver‘s Jacob Markstrom.

The winner will be revealed during the Conference finals.