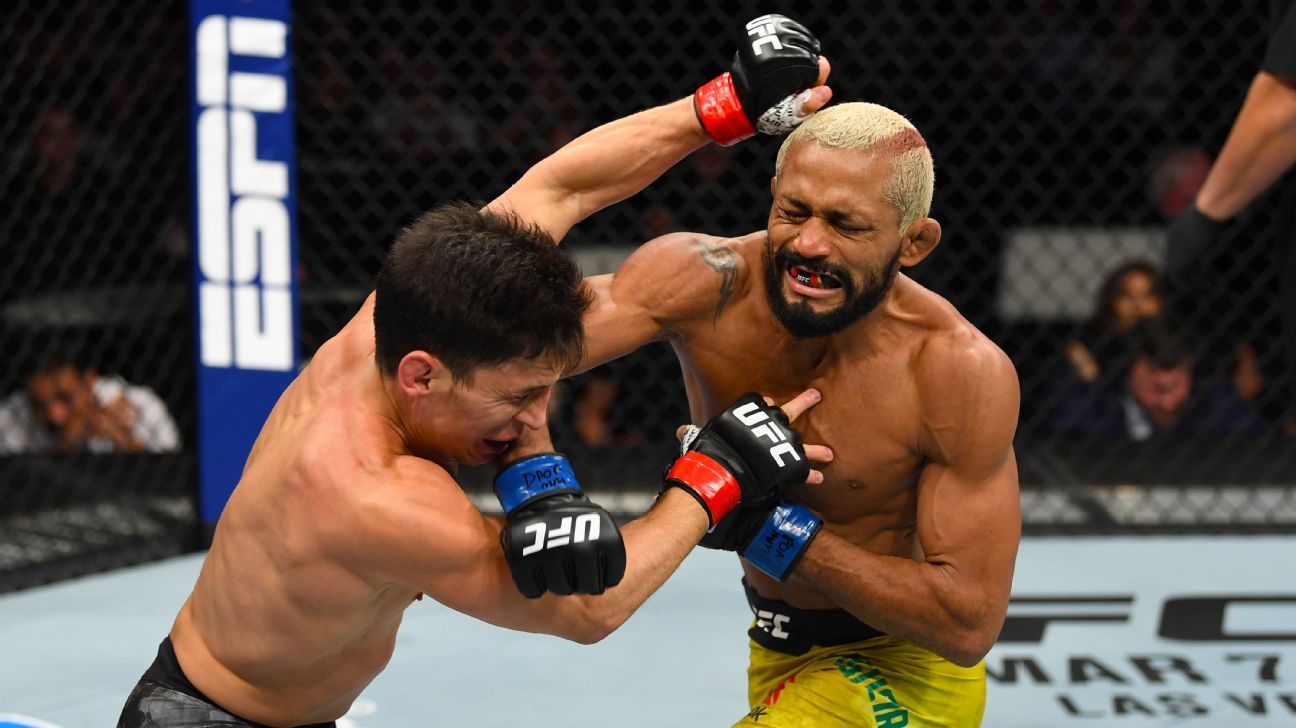 The Deiveson Figueiredo vs. Joseph Benavidez rematch is official — and this time the flyweight title will actually be on the line.

Both Figueiredo and Benavidez made weight Friday in Abu Dhabi, coming in at 125 pounds. The two men will compete for the vacant UFC flyweight title at UFC Fight Night on Saturday on Yas Island.

Figueiredo and Benavidez fought already this year, on Feb. 29 in Norfolk, Virginia. Figueiredo won via second-round TKO. However, the title remained vacant, because Figueiredo missed weight by 2.5 pounds. Benvidez was granted an immediate rematch given the circumstances.

UFC Fight Night: Figueiredo vs. Benavidez will take place at the recently constructed Flash Forum on Yas Island, which has been temporarily dubbed “Fight Island” by the UFC. The promotion has a slate of four events this month in Abu Dhabi. This will be the third card in the span of eight days.

Figueiredo had another obstacle prior to this bout. Last week, he tested positive for COVID-19 in his native Brazil and did not get on the UFC charter to Abu Dhabi. A day later, he got tested again and was negative for coronavirus. Figueiredo was able to get on another flight from Sao Paulo last Sunday bound for Abu Dhabi. Figueiredo’s team believes it was a false positive and the fighter has passed subsequent COVID-19 tests in Abu Dhabi this week.

Benavidez (28-6) comes in as ESPN’s No. 3-ranked flyweight. The Las Vegas resident has been a perennial contender in the 125-pound division since it started. Benavidez fought in the inaugural UFC flyweight title bout against Demetrious Johnson in 2012. Benavidez, 35, is 12-3 since then with losses to Johnson in a rematch, Figueiredo and Sergio Pettis.

Benavidez is tied with Johnson, the former longtime champ, for the most UFC flyweight victories (13). Benavidez also has the most fights (17) and the most knockout wins (5) in UFC flyweight division history.

A critical middleweight co-main event was also made official Friday. Both Kelvin Gastelum and Jack Hermansson successfully weighed in at 186 pounds. Gastelum (15-5) is ESPN’s No. 7-ranked middleweight and Hermansson is No. 8.