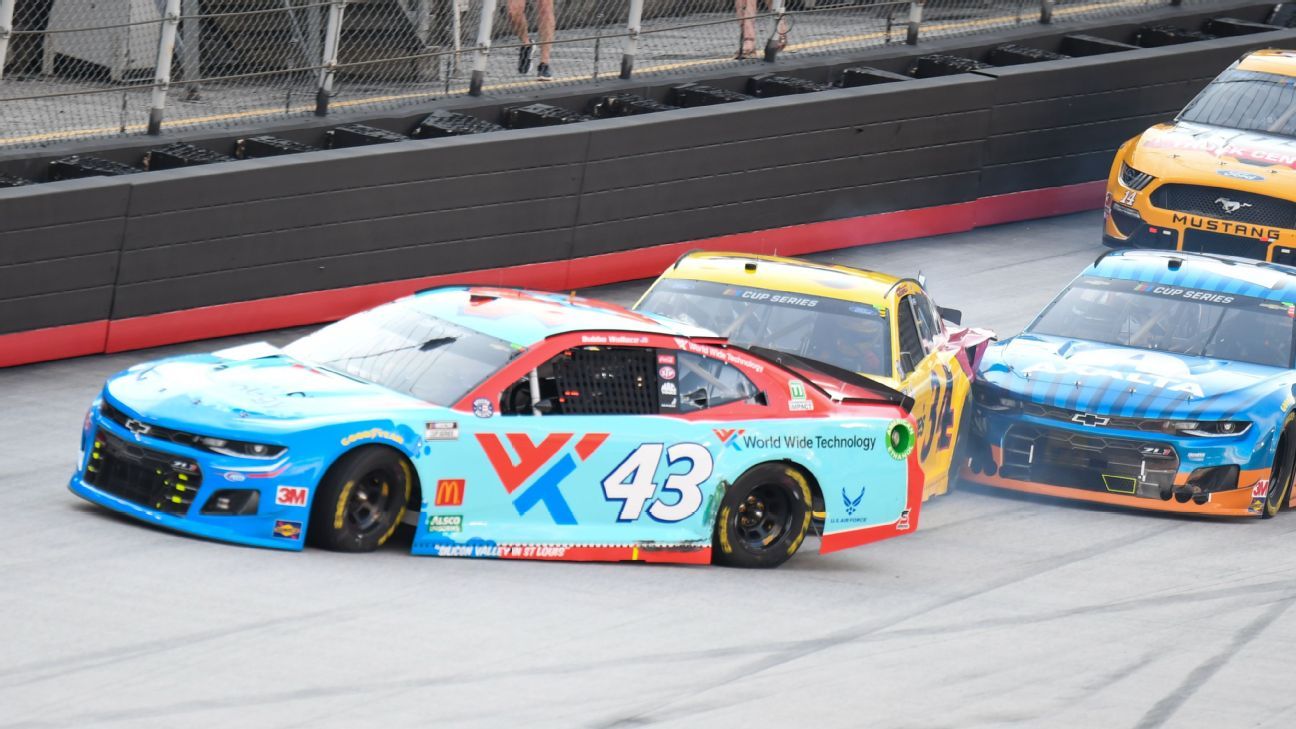 BRISTOL, Tenn. — Bubba Wallace was wrecked out of the qualifying race for NASCAR’s annual All-Star event, ruining his shot of racing for the $1 million prize.

One driver advanced to the All-Star race through a fan vote, and Wallace was leading when results were last updated by NASCAR a week ago. After he crashed 17 laps into Wednesday night’s qualifying race — which awarded three slots in the 20-driver All-Star field — he was no longer eligible to win the fan vote.

It didn’t matter. Clint Bowyer was named winner of the fan vote, and NASCAR said he received the most votes, even with Wallace eliminated. Aric Almirola advanced by winning the first stage, William Byron by winning the second stage and Matt DiBenedetto by winning the third stage.

Wallace had race-ending contact with the wall when his No. 43 Chevrolet appeared to be turned from behind by Michael McDowell 17 laps into the first stage. He said he didn’t need to see a replay because he knew McDowell’s contact was egregious.

“Just disrespect. When you get hooked into the wall, I don’t even need to see a replay,” Wallace said. “People say he’s one of the nicest guys in the garage. I can’t wait for the God-fearing text that he is going to send me about preaching and praise and respect. What a joke he is.”

A piece of Wallace’s crumpled sheet metal was placed on the back of McDowell’s team truck and Wallace was seen walking away.

Wallace climbed from his car and gave a thumbs-up to a contingent of fans cheering for him. Roughly two dozen organizers from Justice 4 The Next Generation traveled from Georgia, South Carolina, North Carolina and Virginia in an effort to diversify NASCAR.

Wallace is the only Black driver competing regularly in NASCAR’s top series, and drivers rallied around him after a noose was found at his assigned stall at Talladega Superspeedway in Alabama. Federal authorities ruled last month that the noose had been hanging since October and was not a hate crime.