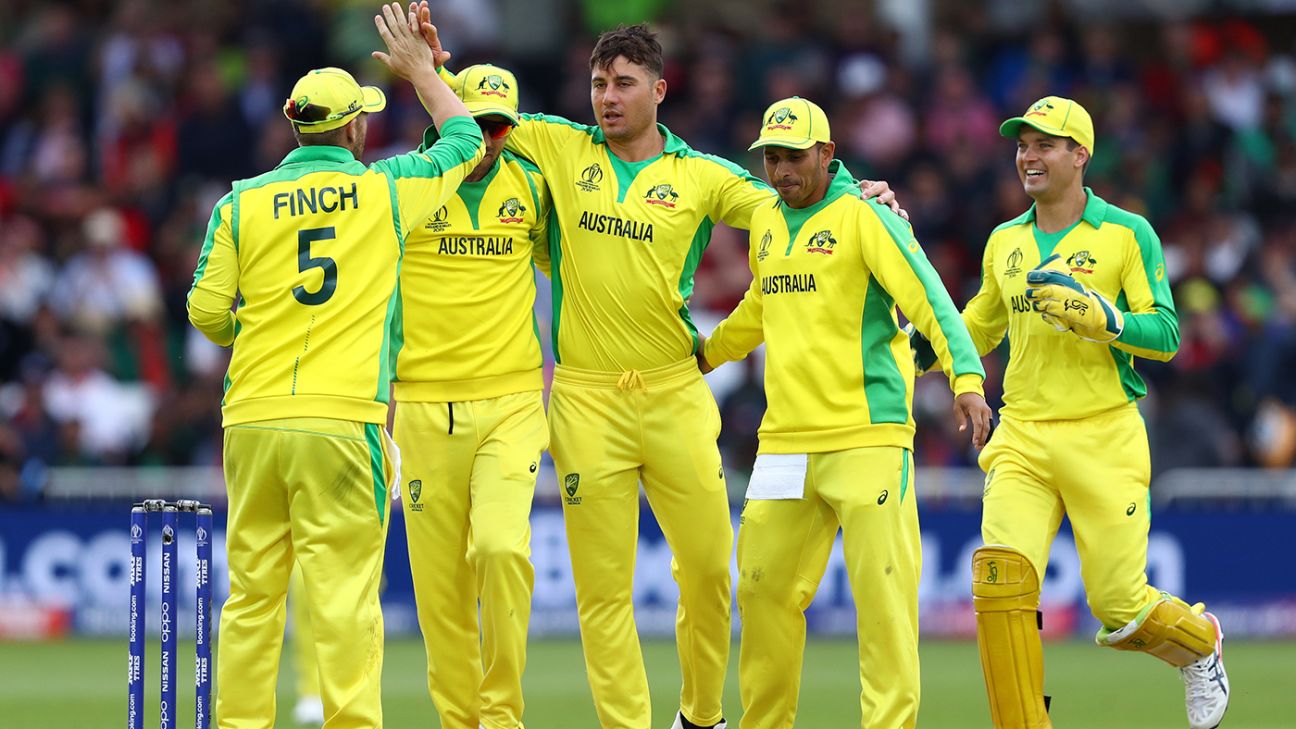 Usman Khawaja and Marcus Stoinis have returned – at least loosely – to the national team fold after being named in a 26-man preliminary squad for Australia’s proposed white-ball tour of England in September.

Test batsman Travis Head has also been named in a white-ball squad for the first time since he missed selection for the 2019 World Cup, while Riley Meredith, Josh Philippe and Daniel Sams make their first appearances in a senior training group, likely to be seconded to the National Cricket Centre in Brisbane next month before a cut-down group is conveyed to the UK.

Khawaja and Stoinis were the two most high-profile names to lose their national contracts after falling out of favour last summer, though it had been made clear in Khawaja’s case at least that he remained a likely top-order replacement in the event of injuries to the likes of David Warner, Steven Smith or the limited-overs captain Aaron Finch.

The selection chairman Trevor Hohns outlined the fact that a larger than usual squad would need to be sent should the tour go ahead, given the fact it will not be possible to send replacement players in the event of injury or illness. England are currently playing the West Indies in a biosecure “bubble” in the time of Covid-19 and similar arrangements are being worked through for an Australian tour.

“This preliminary list covers the contingencies of playing one-day internationals and T20 internationals in bio-secure hubs with the likely prospect of not being able to bring in replacements should the tour proceed,” Hohns said.

“The preliminary list includes several exciting young players who have recently excelled at state level and in the BBL. These emerging players are among those we would like to develop further as we believe they have a bright future in Australian cricket. The preliminary list also has a view towards the upcoming T20 World Cup and in the longer term the 2023 World Cup.”

Ben Oliver, Cricket Australia’s head of national teams, said that negotiations with the ECB and the Australian and British governments were continuing. “The ECB are a long-standing and valued international cricket partner and we are doing all we can to give the tour the best possible chance of taking place

“We continue to work with the ECB and government agencies and a decision on the tour will be made in due course. In the meantime, the identification of a preliminary list will enable us to work with players and states more directly on the preparation for the tour in the hope it can proceed.”

In addition to the UK tour, originally slated for July, CA has also postponed a Test tour of Bangladesh and a limited-overs visit by Zimbabwe. Neither of the latter two series have as yet been rescheduled.