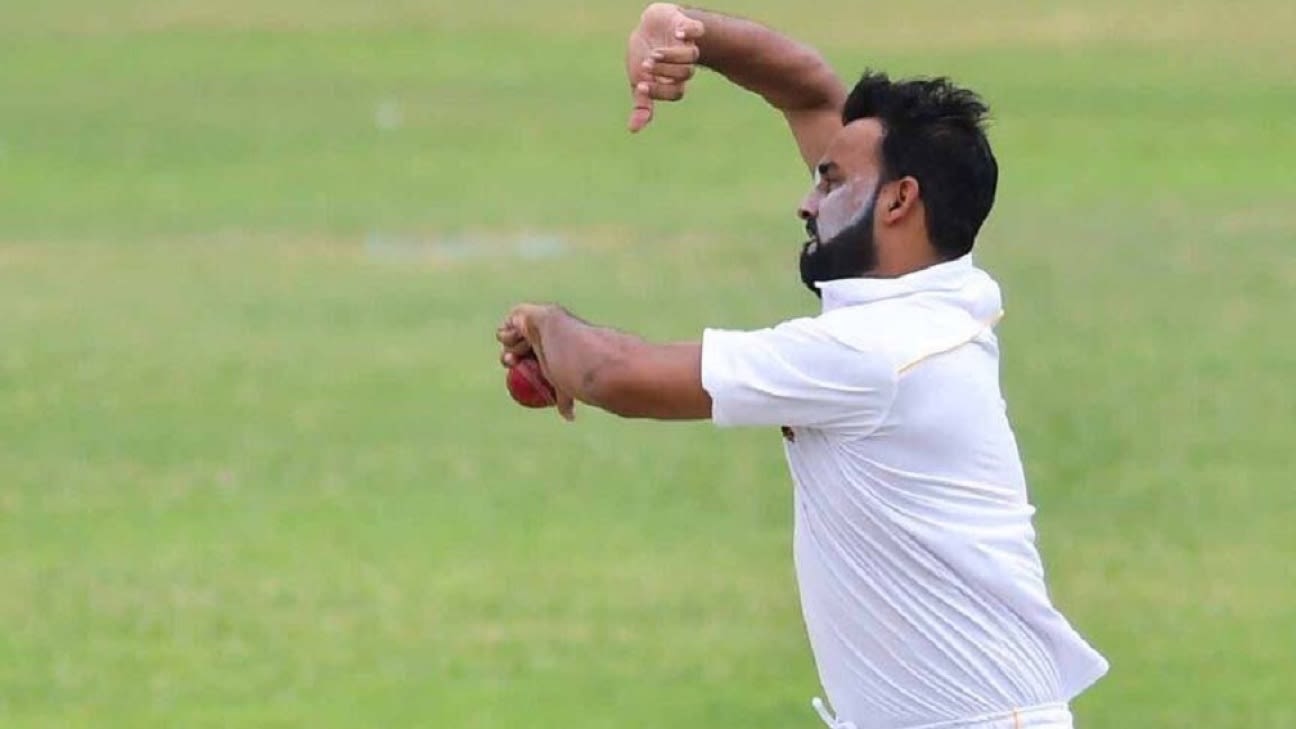 Kashif Bhatti has been allowed to rejoin the Pakistan squad, after a scare over a positive Covid-19 Test in the UK had left him self-isolating from the rest of the squad as a precaution.

The left-arm spinner had travelled to England with a delayed second batch of players who had initially tested positive in Pakistan, but had then returned two negatives on follow-up tests conducted by the PCB and one more by the airline they were travelling to the UK on.

But a test on arrival in the UK, this time conducted under ECB protocols, returned a positive test for Bhatti and he was asked to self-isolate from the rest of the squad in Worcester. Two more tests since, however, have both returned negative.

“The player had returned a positive test result for the remnants of a previous Covid-19 infection and in consultation with Public Health England and a virologist, a safety-first approach was taken to isolate the player,” an ECB spokesperson said. “The player has now returned a second negative test with no risk of infection to other players and staff.”