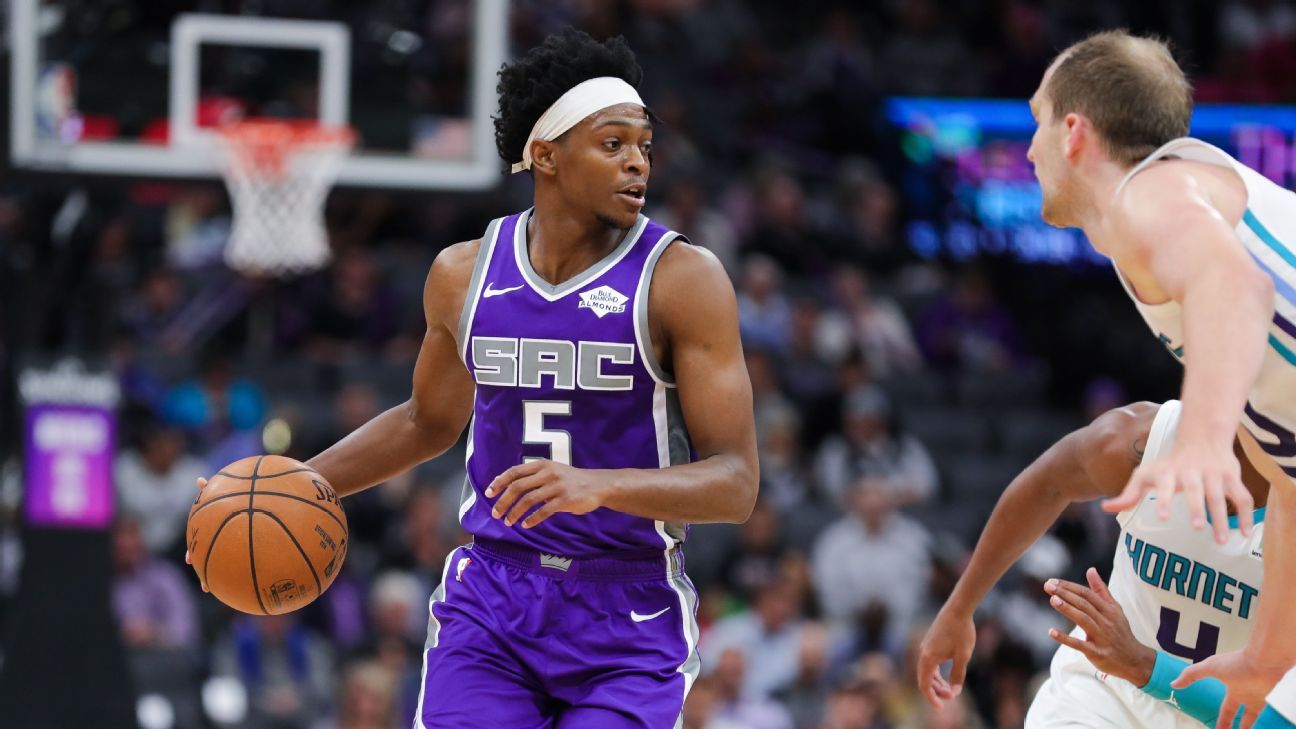 Sacramento Kings guard De’Aaron Fox suffered a left ankle sprain in practice Wednesday and will be reevaluated in seven-to-10 days, the team announced.

An MRI confirmed the injury.

Fox was the Kings’ leader in points (20.4), assists (6.8) and steals (1.4) prior to the NBA’s suspension of play in March because of the coronavirus pandemic. He recently said that his speedy playing style could help Sacramento surprise some teams in the restart.

“Some guys feed off energy from the crowd or things like that. Right now, you have to bring it all yourself,” Fox told reporters on a video conference call Sunday. “There’s no crowd. You just got to be able to play basketball now.”

Fox’s injury was the latest development in what has been a snakebitten restart for Sacramento, which has had four players — Buddy Hield, Harrison Barnes, Jabari Parker and Alex Len — test positive for COVID-19 before training camp. A fifth player, center Richaun Holmes, inadvertently left the campus perimeter in Orlando, Florida, and had to go back into quarantine for 10 days.

After going 7-3 in its last 10 games before the March hiatus, Sacramento is 3½ games back of the Memphis Grizzlies for the No. 8 spot in the Western Conference. At the conclusion of the seeding games, the team that is in ninth place can force a play-in with the eighth-place team so long as the No. 9 team is within four games. The No. 9 team would have to beat the No. 8 team two games in a row to earn a first-round playoff berth. The No. 8 team would have to win just once to keep its place in the postseason.