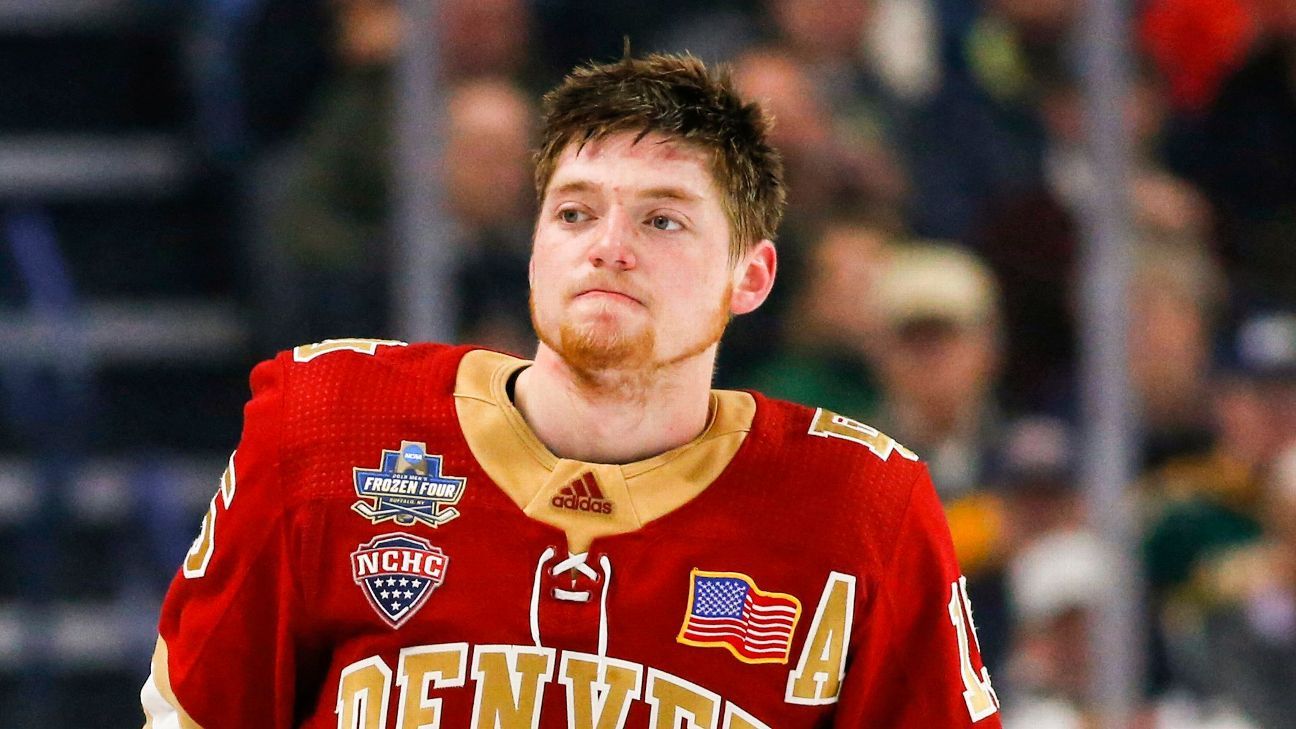 CHICAGO — Ian Mitchell will have to wait until next season to join the Chicago Blackhawks.

The 21-year-old Mitchell, one of the organization’s top prospects, agreed to a three-year contract in April. But there was some question about when the defenseman’s entry-level deal might begin.

Mitchell is ineligible for the resumption of the NHL season, and the team announced Thursday it had finalized a contract with the former University of Denver star that begins with the 2020-21 season rather than burning a year right now so he can practice with the team.

The Blackhawks face Edmonton in Game 1 of the qualifying round on Aug. 1.

The team also announced it had agreed to a two-year contract with defenseman Wyatt Kalynuk and a one-year deal with forward Pius Suter. The deals for Mitchell, Kalynuk and Suter each carry a $925,000 salary-cap hit per season.

Mitchell was selected by the Blackhawks in the second round of the 2017 draft. He was a first-team All-American during his junior year at Denver, collecting 10 goals and 22 assists during the regular season. He also served as team captain.

He finished his career with the Pioneers with 18 goals and 71 assists in 116 games.

Mitchell and Kalynuk join a promising group of young defensemen that includes 19-year-old Adam Boqvist, a first-round pick in the 2018 draft. Nicolas Beaudin, who doesn’t turn 21 until October, also could be a factor as soon as next season.

The 23-year-old Kalynuk had a career-high 28 points in 36 games during his junior season at the University of Wisconsin, finishing with seven goals and 21 assists. He also served as a team captain with the Badgers.

Kalynuk was originally selected by Philadelphia in the seventh round of the 2017 NHL draft.