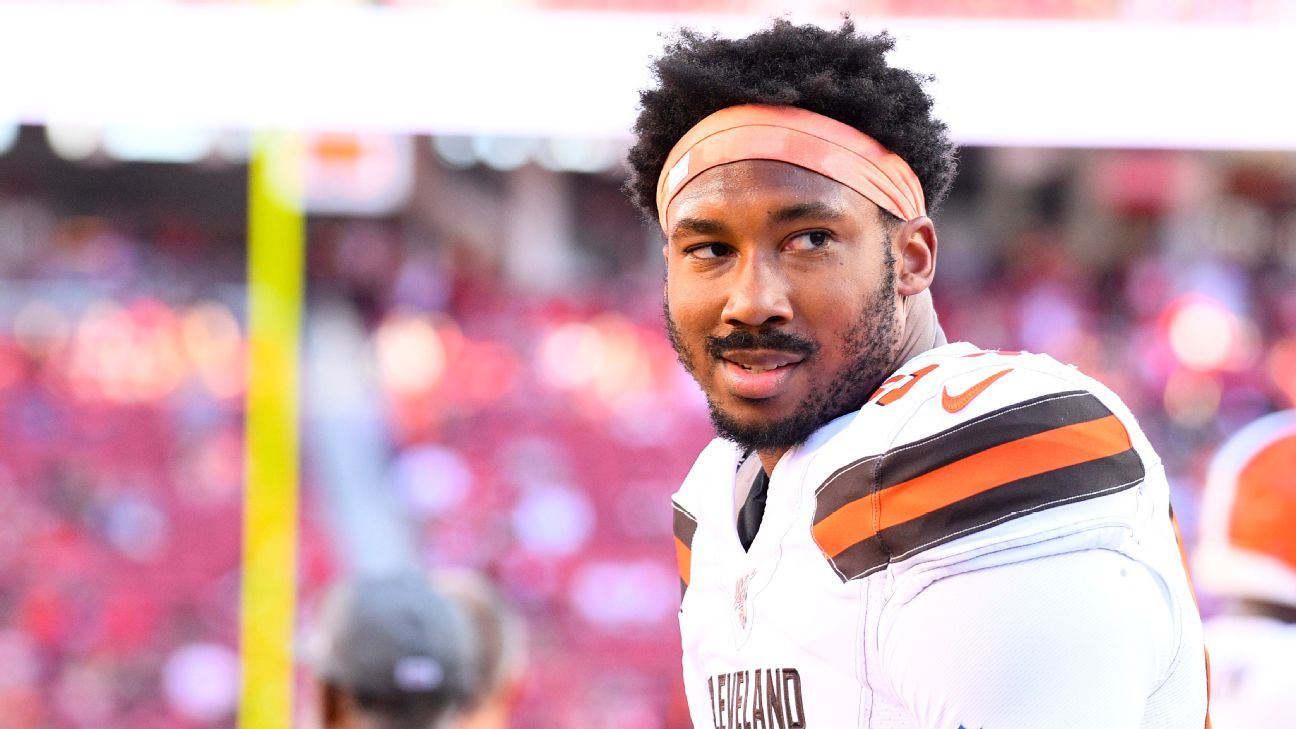 Myles Garrett said Thursday that he’s ready to live up to the distinction of being the highest-paid defender in NFL history.

“Now I have to assert myself as top dog,” he said. “I feel like I’m confident and ready to do that.

On Wednesday, the Cleveland Browns‘ star pass-rusher signed a five-year extension with the Browns containing $100 million in total guarantees, the most ever paid to a defensive player, league sources told ESPN — with $50 million guaranteed at signing. The team did not discuss financial terms, but sources told ESPN that the deal is worth $125 million with a $25 million average salary, which is also a record for a defensive player.

“They had faith in me, and now I’ve got to give [the Browns] a reason to have that faith,” said Garrett, who, with the extension, will be under contract in Cleveland through the 2026 season. “I’m going to do my best to make it worth it to them.”

Previously, the Chicago Bears‘ Khalil Mack was the league’s highest-paid defensive player in both average salary ($23 million) and guaranteed money ($90 million). Mack was named NFL Defensive Player of the Year in 2016. As the new highest-paid defender, Garrett said the onus is now on him to win the award as well.

“I was in the [defensive] player of the year conversation [last year],” Garrett said. “I don’t want to make it a conversation anymore. This next year, I want to ball out, win that award … take my team to the playoffs. … I want to lead Cleveland to the promised land.”

In finishing 6-10 last year, the Browns proved to be one of the NFL’s biggest disappointments while running the league’s longest playoff drought to 18 years.

Cleveland’s defense cratered after Garrett was suspended for the final six games of the season for hitting Pittsburgh’s Mason Rudolph with the quarterback’s helmet during a skirmish at the end of their Nov. 14 game.

Garrett referred to the incident as “a small bump in the road” for him and disputed the notion that he’s a dirty player.

“The players I’ve played with and know, that’s not who they see. They’ve never thought of me that way. I’ve never been that.”

The NFL reinstated Garrett in February, and Garrett alleged again in an interview with ESPN’s Mina Kimes shortly after that he reacted to Rudolph calling him a racial slur. Rudolph has vehemently denied the claim, and Steelers coach Mike Tomlin aggressively defended Rudolph in an interview with ESPN’s First Take, saying he was “hacked off” by Garrett’s accusation that Tomlin said neither team corroborated after the fight.

Garrett said Thursday that he has yet to talk with Rudolph or Tomlin since but would “have no problem” doing so. The Browns are scheduled to play at Pittsburgh on Oct. 18.

“I don’t have any ill intent towards either of them,” he said.

On Thursday, Garrett also weighed in on social unrest in the country and said that quarterback Colin Kaepernick “deserves an apology” from the league for the way it has treated him.

“I really wanted to reach out and help where I could,” Garrett said. “Those stories that reached me personally and touched me on a deeper level.”