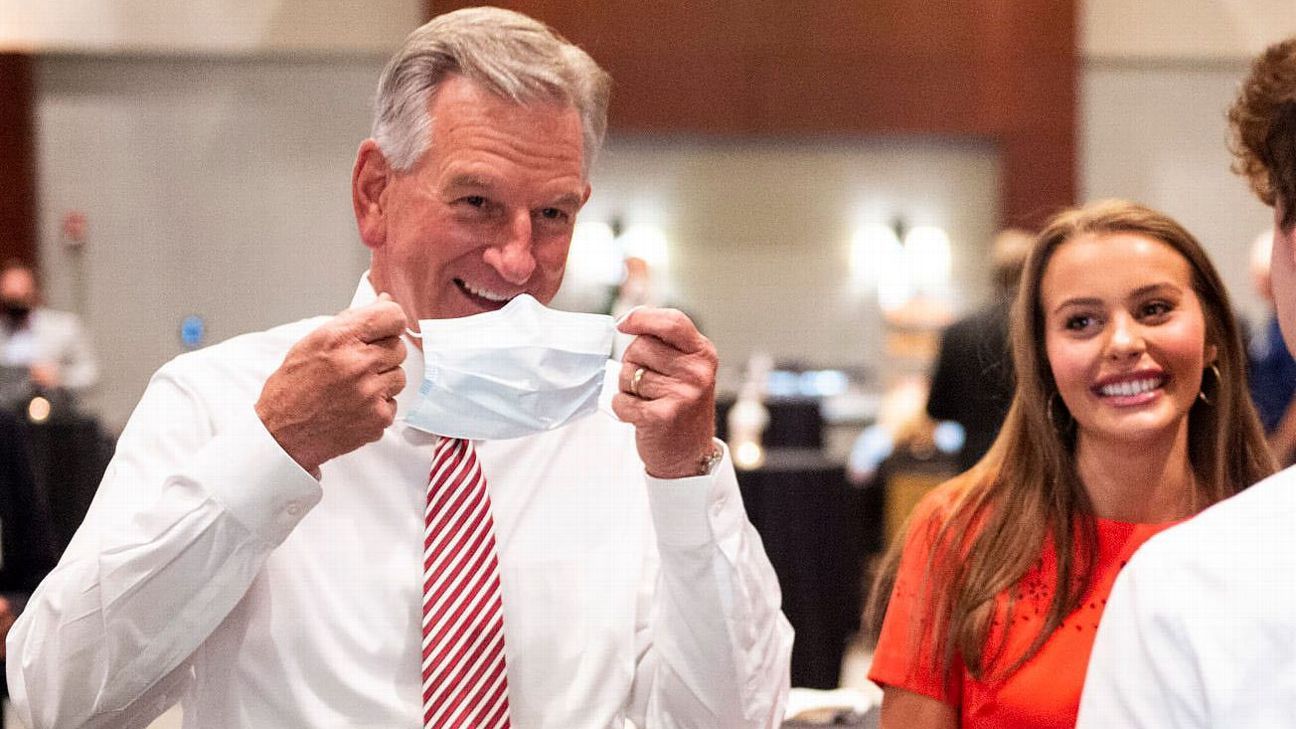 Familiar to Alabamians from his decade as Auburn University’s head football coach, Tuberville, 65, is positioned for a strong challenge against Democratic U.S. Sen. Doug Jones. With Alabama’s strong GOP tilt, the seat is widely viewed as Republicans’ best chance for a pickup as they try to maintain their thin Senate majority.

Sessions, 73, was wounded by Trump’s criticism after he recused himself in the investigation into Russian interference in the 2016 presidential campaign.

Trump endorsed Tuberville after Alabama’s March primary, when Sessions finished just ahead of Tuberville with a third of the vote but well shy of the majority required for the nomination. The president tweeted: “3 years ago, after Jeff Sessions recused himself, the Fraudulent Mueller Scam began. Alabama, do not trust Jeff Sessions. He let our Country down. That’s why I endorsed Coach Tommy Tuberville @TTuberville, the true supporter of our #MAGA agenda!”

The president continued his criticism of Sessions until the eve of Tuesday’s election.

“I made a mistake when I put him in as the attorney general,” Trump told Tuberville supporters of Sessions on Monday. “He had his chance, and he blew it.”

In the closing weeks of the runoff campaign, Sessions answered Trump directly on Twitter, telling the president that he is “damn fortunate” Sessions recused because it “protected the rule of law & resulted in your exoneration.”

It wasn’t enough to overcome dynamics that Tuberville willingly embraced. Boosted by both Trump’s endorsement and name recognition from his coaching tenure, Tuberville positioned himself as a political outsider and capitalized on the president’s criticism of Sessions.

“Jeff Sessions was a disaster. It’s time to send a message to Jeff Sessions that President Trump does not want him or his cronies in the swamp,” Tuberville wrote on Twitter.

Sessions has maintained loyalty to Trump, noting his early decision to back Trump and arguing that he would be more effective in advancing Trump’s agenda.

When he wasn’t defending his loyalty to the president, Sessions tried to focus on his long history in office and questions about Tuberville’s background.

“You know me,” Sessions told voters during a recent campaign stop. “You know I can be trusted.”

In 21 seasons as a head coach, Tuberville won 159 games with Ole Miss, Auburn, Texas Tech and Cincinnati. He stepped down at Cincinnati after the Bearcats went 4-8 in 2016.

Tuberville announced his candidacy in April 2019. He previously worked as a college football game analyst for ESPN.