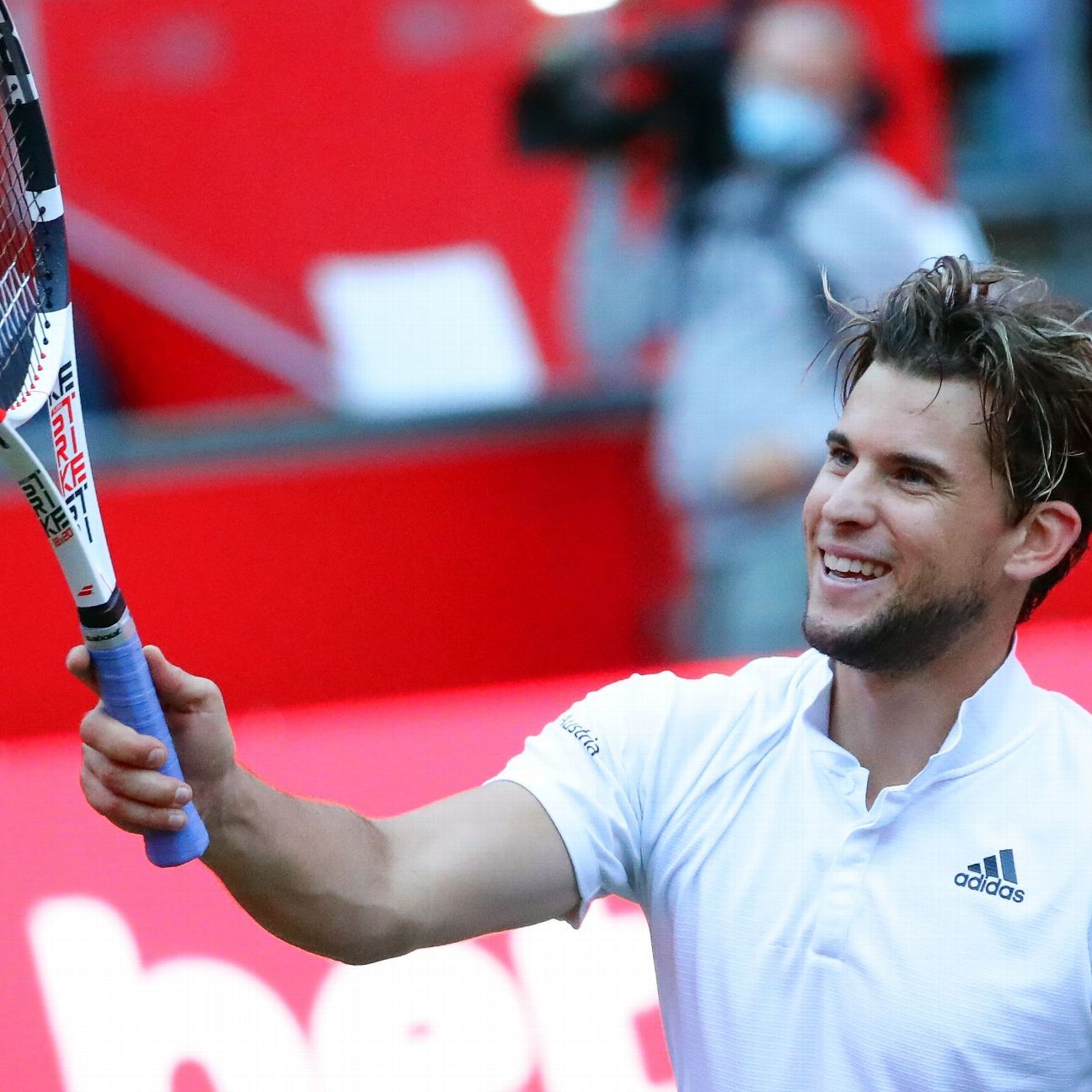 BERLIN — Amid face masks, disinfectant and temperature checks for the coronavirus, Dominic Thiem defeated Matteo Berrettini 6-7 (4) 6-4, 10-8 in the men’s final of a grass-court exhibition tournament on Wednesday.

The Steffi Graf Stadium in Berlin’s Grunewald district was largely empty for the match with spectator numbers restricted. No more than 800 fans were allowed in the 5,000-capacity stadium, though there were fewer present for the final after rain delayed play for almost seven hours.

The women’s final between Elina Svitolina and Petra Kvitova was supposed to be played after the men’s but was postponed to Friday. Matches to determine third place were called off altogether because of the rain.

A second exhibition tournament at Berlin’s Tempelhof Hangar is set to start Friday.

Both Berlin tournaments are being played with professional tennis largely shut down due to the pandemic and to replace a WTA tournament that had been scheduled for June. That was supposed to mark the return of tour-level tennis to Berlin for the first time since 2008, when the International German Championships was last played on the WTA Tour.

Fans were asked to sit apart in the Steffi Graf Stadium. Those who did attend were asked to walk through a machine that sprayed a disinfectant mist over their clothes before their temperature was checked by a security guard.

The matches had a super tiebreaker replacing the third set to avoid player fatigue, and there were electronic line calls with no line judges to reduce the number of people involved on court.