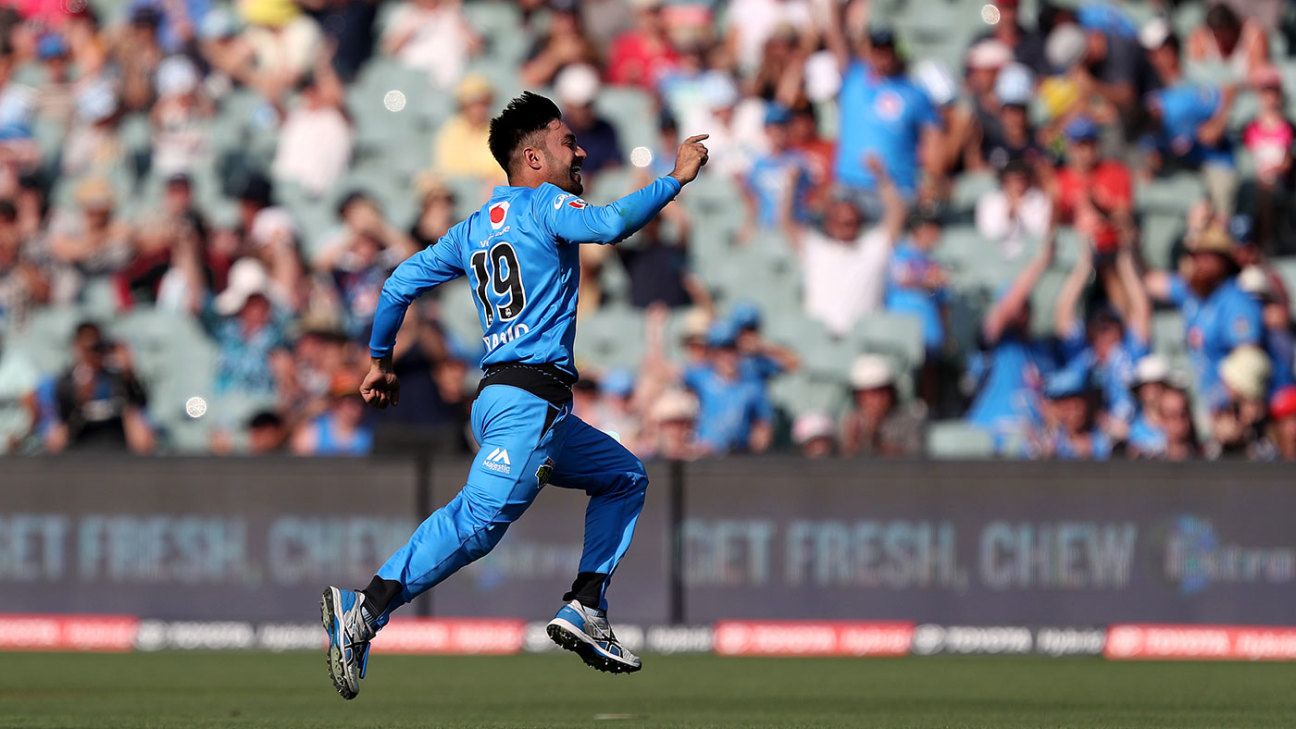 All seven of Adelaide Oval’s Big Bash League fixtures will play out in prime-time evening slots in one of the standout features of a fixture that has lengthened the 10th edition of the tournament to 65 days to appease broadcasters while also creating more room to move amid the Covid-19 pandemic.

One of the chief complaints about last summer’s BBL was a proliferation of afternoon matches to squeeze the tournament’s 56 regular season games into a tighter window, with the Adelaide Strikers suffering one of the biggest drop offs in terms of attendances due to getting far more early starts compared to Melbourne and Sydney in particular.

However the schedule for the 2020-21 tournament, subject to changes forced by covid-19, has created room for the vast majority of matches to be played at night, with only eight earlier starts on double header days this time around – of those, only two matches start any earlier than 5pm eastern daylight time. As part of the carve up between broadcast rights holders Fox Sports and Seven, the pay TV network will get exclusive access to 10 evening matches.

“While we know that the challenging, fast-changing coronavirus pandemic could ultimately mean revisions to the schedule, there is nonetheless a lot to like about the way both competitions are shaping up,” the head of the BBL Alistair Dobson said. “It is our sincere hope that the WBBL06 and BBL10 will go some way towards lifting the spirits of, and restoring a sense of normality to, the nation.

“As with all sporting competitions around the world, we must remain vigilant and agile in responding to the COVID-19 situation as it develops and we will continue to work with all relevant federal and state government agencies, biosecurity experts, venues, clubs, players, broadcast partners and our own internal teams to ensure a safe and successful summer. We’ll continue to act in accordance with public health advice and government protocols to ensure the safety of the public, players and support staff.”

Among other changes, the regional component of last season’s fixture has been stripped back considerably after complaints from broadcasters about costs, while the problematic nature of the pre-Christmas period has been underlined by the use of the boutique-sized Junction Oval for a match between the Melbourne Stars and Adelaide Strikers on December 20.

The regular season will begin with Adelaide hosting the Melbourne Renegades at Adelaide Oval on December 3, the evening after the opening day of the scheduled first Test between Australia and India at the Gabba, and conclude with the Brisbane Heat hosting the Strikers at the Gabba on January 26, before the five-match finals series concluding on February 6.