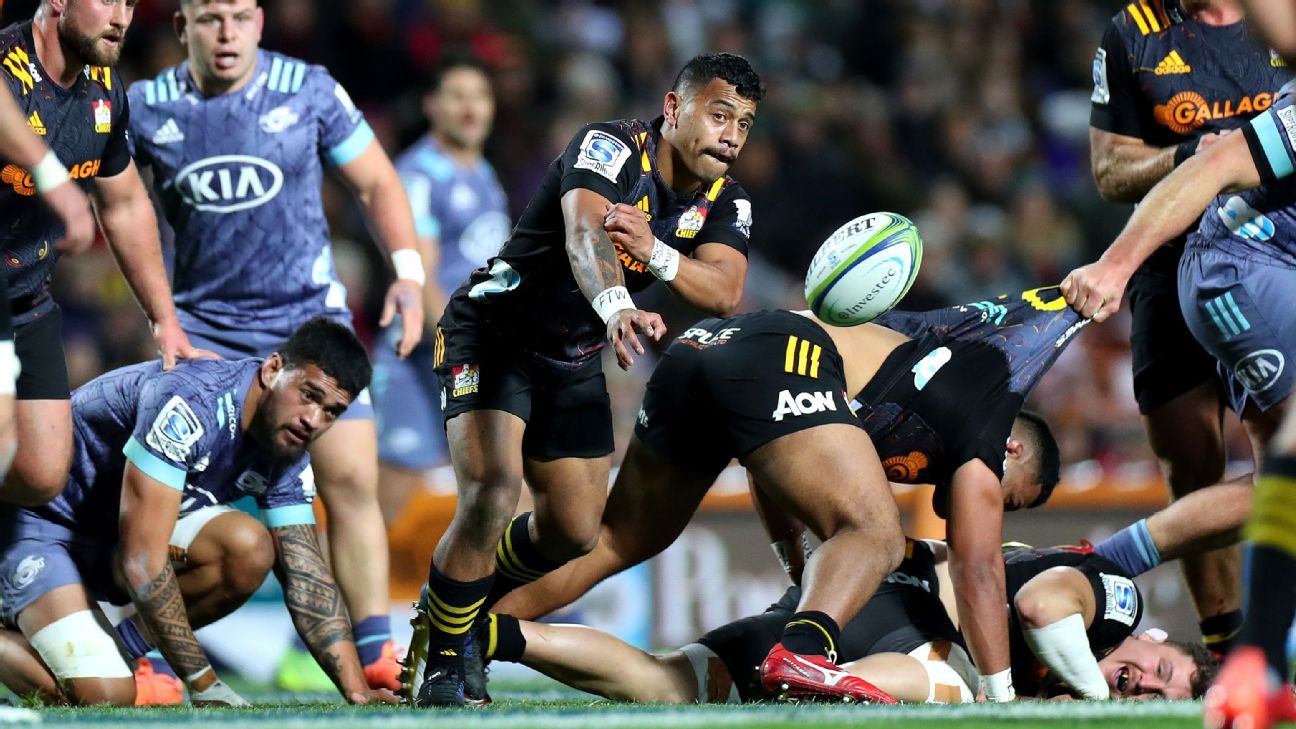 Stricter interpretations around the tackle in Super Rugby Aotearoa are allowing sides to ignore contesting the breakdown and fan out across the field making defences more like rugby league, Chiefs assistant coach Roger Randle has said.

Referees in the New Zealand-only competition were told to police the tackle more strictly in an effort to speed the game up and allow teams more space from which to attack.

Randle, however, said the opposite seemed to have occurred and teams were now facing large numbers of defenders spread out across the field.

“The breakdown is probably not as much of that scorched earth mentality,” Randle told reporters in Hamilton on Wednesday. “At times there’s 13-14 players in the line (and) zero rucking.

“At the moment there (are) a lot of defenders on feet, and it’s a little bit like rugby league.”

Randle added while that did present opportunities to attack more directly through – or closer to – the ruck, teams were not yet exploiting those gaps.

“So (it’s about) having the ability to play through the ruck at times,” he said.

“It’s just adapting to those rules around the breakdown, because at the moment there (are) a lot of defenders on feet.”

The Chiefs are winless in their four Super Rugby Aotearoa games, having actually won four of their six matches in Super Rugby before it was shut down in March because of the novel coronavirus outbreak.

Randle admitted being unable to break down defences and score tries in the New Zealand competition was counting against them.

In Super Rugby they scored 27 tries in six games, the most in the New Zealand conference, but have scored just four and been awarded a penalty try in the local competition. The Chiefs host the Highlanders in Hamilton on Sunday.