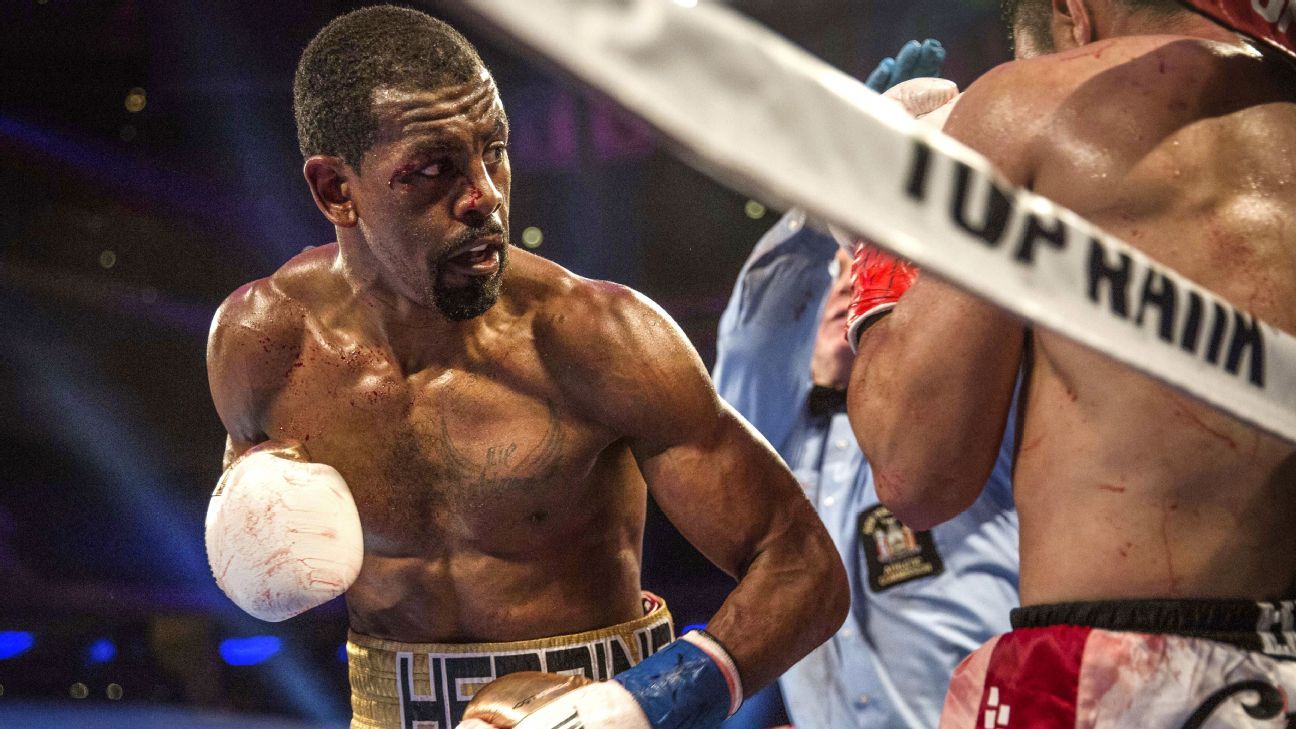 Immediately after WBO junior lightweight champion Jamel Herring’s July 14 fight against Jonathan Oquendo was canceled because of a positive coronavirus test, Top Rank was already planning a new date for the former Marine.

The key for Top Rank is to book Herring at a time that makes a fall fight against former two-division champion Carl Frampton feasible. Arum confirmed that Frampton would return on Aug. 15 on a card in England that would be co-headlined by Michael Conlan.

Both Herring’s team and Top Rank believe it is imperative that Herring get in a fight before facing Frampton.

“Jamel will definitely fight in August,” said Jerry Casarez, Herring’s adviser. “We’re just going to go ahead and let him go home, enjoy his time with his kids while they’re still on summer break. Then he’ll be [back in] camp, hopefully by late July. The hard work has already been done; it’s just a matter of managing the weight.”

Herring captured the title in May 2019 by defeating Masayuki Ito, then outpointed Lamont Roach Jr. in his first title defense. It’s not clear whether Oquendo will remain the upcoming opponent, but it’s likely that the title will not be on the line.

“It’ll be a catchweight fight because there’s no need for him to make the championship weight,” Casarez said.

Herring and Frampton both had their last fights in November. After Herring won the decision against Roach on Nov. 9, Frampton did the same against Tyler McCreary three weeks later.

“We know November’s around the corner, and we definitely want to be sharp,” Casarez said. “He’s gone through the whole camp, he’s done the work. The exercise of going through the fight will be good for his body and his muscle memory.”