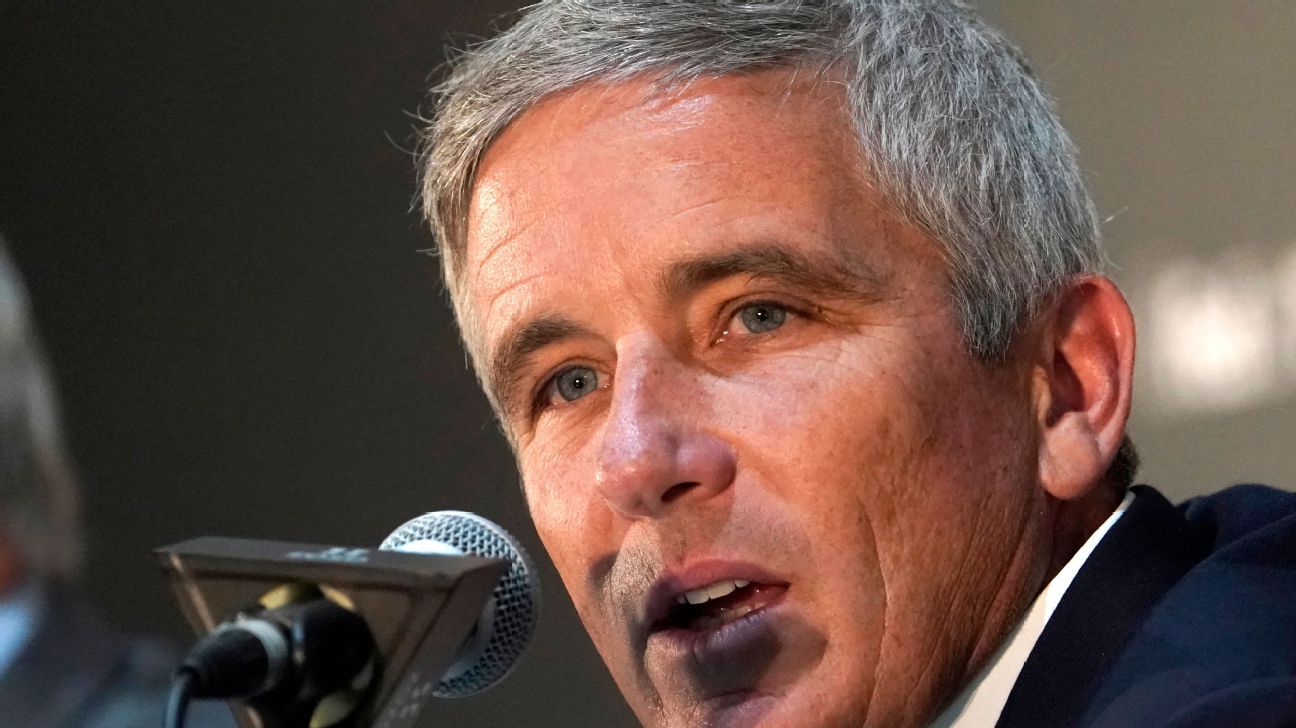 PGA commissioner Jay Monahan said Wednesday that he’s hopeful of having at least some spectators in attendance during tour events before the end of 2020.

“I mean, we’re doing everything we can to be prepared to have fans at our tournaments certainly in the final quarter of the year post-Tour Championship,” Monahan said. “The way it works — just so you guys all have a sense of it — is at this point we have enough time to be able to continue to assess what’s happening on the ground in the markets where we play, speaking to governors, speaking to mayors, speaking to health authorities. … I think as we get into early August and mid-August, then we’ll start making some decisions about where we’re going to be post-Tour Championship with our events.

“We’re hopeful that you’re going to see fans at our tournaments when we get to the back half of the year, or quarter of the year.”

The final tournaments of the 2019-20 season have all announced that there were won’t be any spectators in attendance because of the coronavirus pandemic. The Safeway Open, which is the first tour event of the 2020-21 season, announced this week that its [Sept. 10-13] tournament will be played with no spectators in Napa, California.

That means the first possible tournament with fans would be the U.S. Open [Sept. 17-20] in Mamaroneck, New York.

“I know that the USGA continues to work with the state of New York and is making plans to return fans,” Monahan said. “If I had to guess, that would be the first week that we would do so. We’re spending a lot of time in each of the subsequent tournaments or each of the tournaments in the fall working on a number of different ways to stage the event, which includes full capacity, partial capacity and obviously the way that we’re operating now, which is no spectators, and that will be largely dependent on what we hear from the communities where we play.”

There’s also the possibility that there won’t be any fans in attendance at any events because nobody knows what direction the coronavirus is going to take. The Memorial, which will be played this weekend in Dublin, Ohio, was supposed to the first of the six tour events since COVID-19 shut the sport down in March to have fans, at about 20% capacity. But Monahan, not Ohio Gov. Mike DeWine, made the decision not to allow spectators to attend the tournament because of the increased number of coronavirus cases. Tiger Woods is playing in his first tour event since February this weekend.

“I think the reality is that you look at your plan and you look at the changing nature of the virus, and with caseloads rising nationally and with players having some concerns, with me having some concerns about our ability to — not just this week but in the weeks that follow — be able to sustain if we weren’t able to do this in the right manner, we just felt like it was the right decision,” Monahan said. “…We’re going to return our spectators, we’re going to return our pro-ams when we feel it’s the right time.

“So that is the decision that I made and that we made, and when you talk to Jack [Nicklaus] and you talk to Nationwide and you talk to all the folks that are so integral to this event, to make this event happen, we’re all on the same page as we sit here right now and were when we made that decision. It’s the right thing.”

Monahan has talked with the commissioners of the other professional sports, such as the NBA and MLB, which are both attempting to return, to discuss how they’ve been able to resume playing. Golf has had 21 positive COVID-19 tests out of the more than 6,000 given to players and caddies on the PGA and Korn Ferry tours, according to Monahan.

“I think what [the commissioners are] most curious about is, what are you learning now that you’re in operation and that your plans are underway, and what are some of the things that we could benefit from,” Monahan said. “I think a lot of those things are tied to the adjustments that we’ve made, and just being able to explain to them what we saw, what we experienced and then why we made the adjustments we’ve made, and how that may or may not apply to what they’re going to experience when they return to play themselves. It’s also what am I doing and our movements and some other things, but that’s predominantly it.”