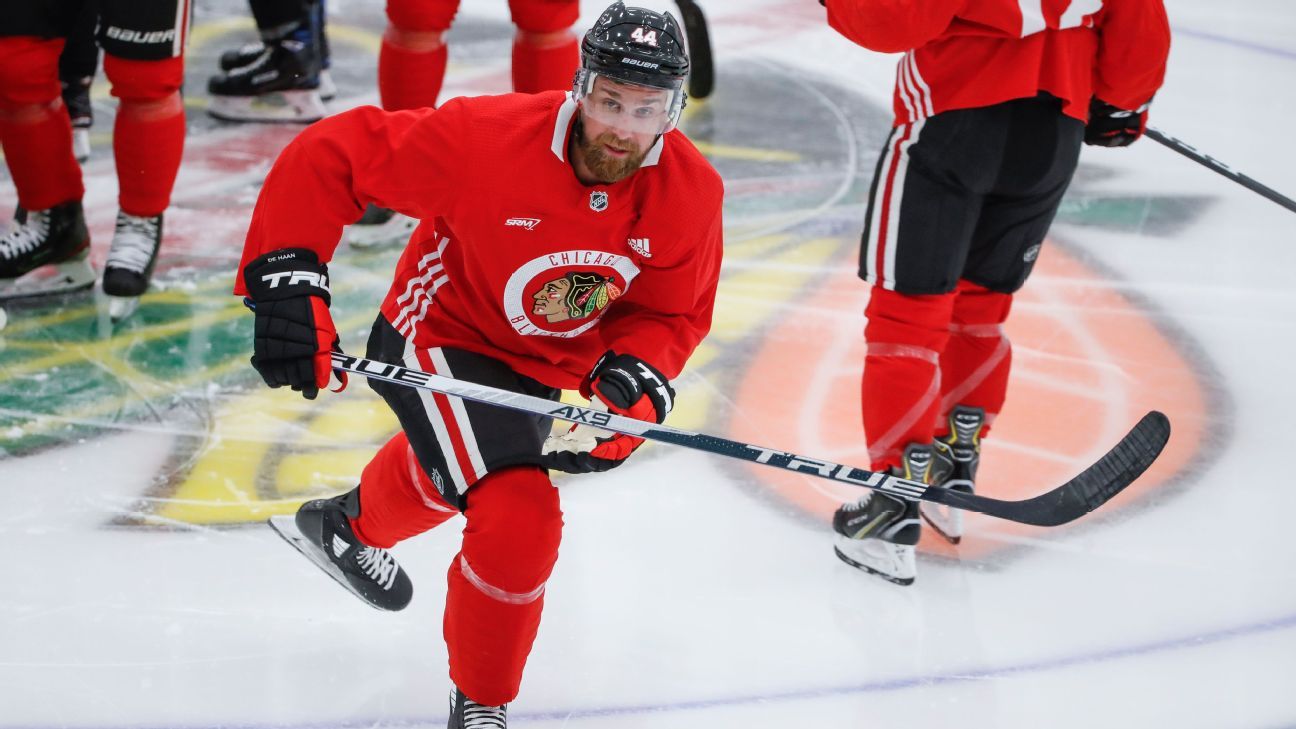 Coach Jeremy Colliton said he isn’t sure when de Haan will be back.

The 29-year-old de Haan is coming back from right shoulder surgery in December. He was acquired in a June 2019 trade with Carolina.

If de Haan is ready to go, he could provide a big lift for Chicago when it faces Edmonton in the qualifying round. The best-of-five series begins Aug. 1 at the NHL hub in Edmonton.

There was no further word on goaltender Corey Crawford, who wasn’t seen at practice for the second straight day.

“Right now, the update is he’s unfit to participate, and that’ll be the answer until something changes there,” Colliton said.

NHL teams are strictly limited when it comes to what they can say about missing players in the COVID-19 world.

While the situation with Crawford is unclear, Blackhawks forward Andrew Shaw announced he plans to return next season. Shaw hasn’t played since Nov. 30 because of a concussion.

Colliton said the team would love to have him back.

“Ultimately it’s just him knowing that he has our support and we’re here for him and wanting to do everything we can so he can take care of himself and his family,” Colliton said. “In a perfect world that would involve him returning to play for us and helping us win, but we’ll see.”

Shaw, who turns 29 on Monday, had three goals and seven assists in 26 games this season. He helped the Blackhawks win the Stanley Cup in 2013 and 2015.