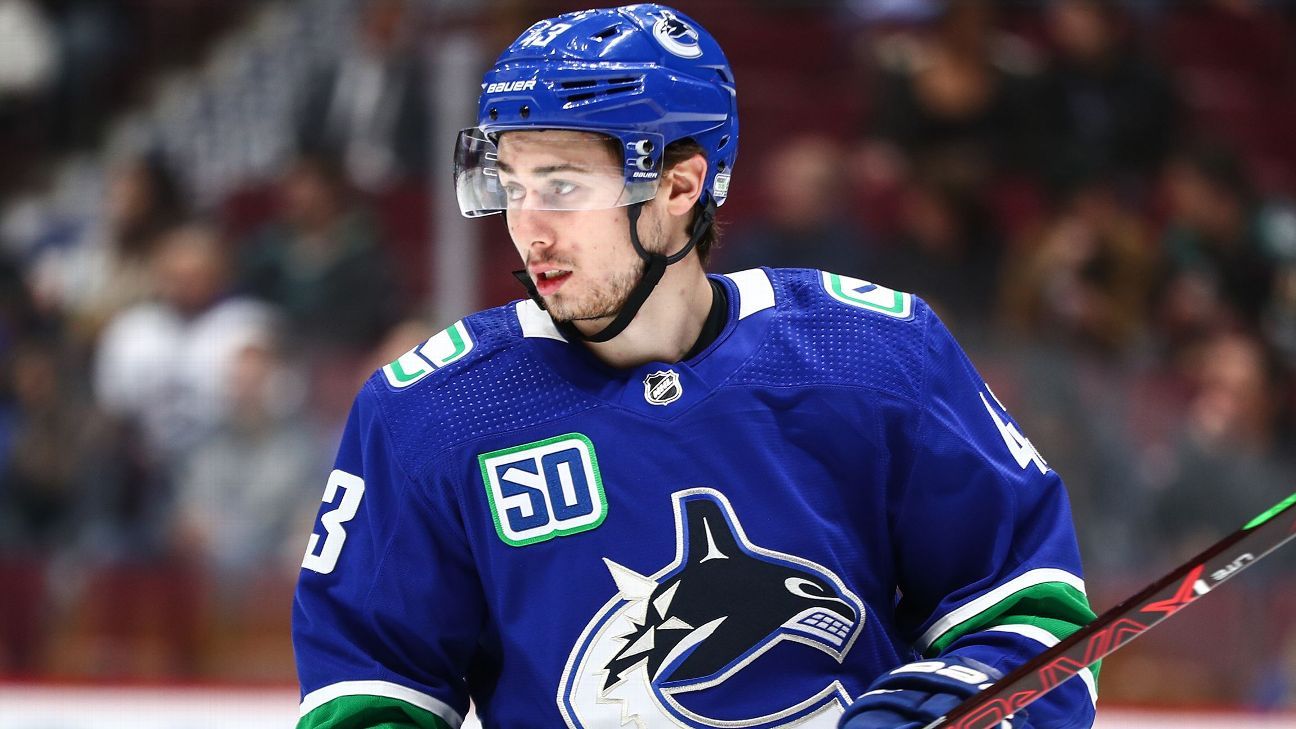 Vancouver Canucks defenseman Quinn Hughes, Chicago Blackhawks left wing Dominik Kubalik and Colorado Avalanche defenseman Cale Makar are the three finalists for the 2019-20 Calder Memorial Trophy, awarded “to the player selected as the most proficient in his first year of competition.”

Bruce Cassidy of the Boston Bruins, John Tortorella of the Columbus Blue Jackets and Alain Vigneault of the Philadelphia Flyers are the three finalists for the 2019-20 Jack Adams Award, presented to the head coach who has “contributed the most to his team’s success.”

Kubalik scored 30 goals in 68 games for the Blackhawks to lead all rookies. The Professional Hockey Writers Association voted him as a finalist ahead of players such as New York Rangers defenseman Adam Fox, New Jersey Devils goalie Mackenzie Blackwood and Pittsburgh Penguins defenseman John Marino.

The Jack Adams Award, voted on by members of the NHL Broadcasters’ Association, features three coaches with previous nominations.

Cassidy was a finalist in 2018 and led the Bruins to the Presidents’ Trophy as the top team in the league, with a 44-14-12 record and a .714 points percentage before the NHL paused its season on March 12. Tortorella won the Jack Adams in 2004 with Tampa Bay and in 2012 with the Rangers and is a five-time finalist. He guided the Blue Jackets to a .579 points percentage through significant personnel losses to free agency and injury. Vigneault is also a five-time Jack Adams finalist, winning the award in 2007 with Vancouver. In his first season with the Flyers, he led them to a .645 points percentage (41-21-7) at the pause, their best since 2010-11 and third best in 30 years.

The award winners will be announced during the NHL’s conference finals.