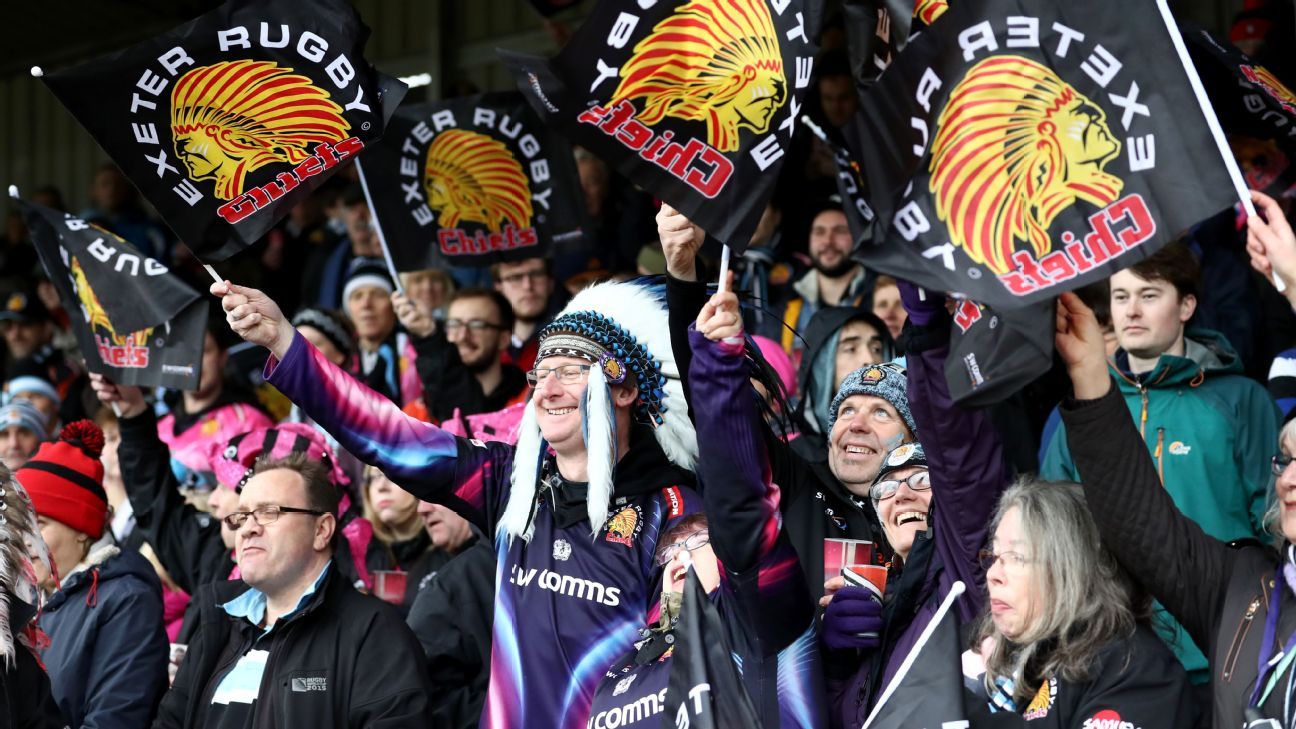 Exeter Chiefs are to review their name and logo at the club’s next board meeting at the end of July, sources have confirmed to ESPN.

The club’s mascot is called the “Big Chief” while fans at games often sport Native American headdresses and chant the “Tomahawk Chop.”

The petition seeking to maintain the name and logo says the club are looking to “honour and respect their cultural beliefs” while the counter petition argues “there is no place in a predominantly white British environment for appropriation of Indigenous Peoples’ imagery that has no relation whatsoever to the history of the club, or the city.”

Both petitions have over 2,000 signatures with the one to change the name and logo leading by over 800 signatures at the time of publication.

The side changed its name from Exeter Rugby Club to Exeter Chiefs in 1999 after it turned professional in a nod to the “Chiefs” nickname it garnered in the 1930s.

This isn’t the first time the club have been urged to change their name with similar protests occurring in 2016.

On Monday, Washington’s NFL team announced it was dropping its nickname and branding which referred to Native American people.

“This is a good decision for the country — not just Native peoples — since it closes a painful chapter of denigration and disrespect toward Native Americans and other people of color. Future generations of Native youth will no longer be subjected to this offensive and harmful slur every Sunday during football season.”