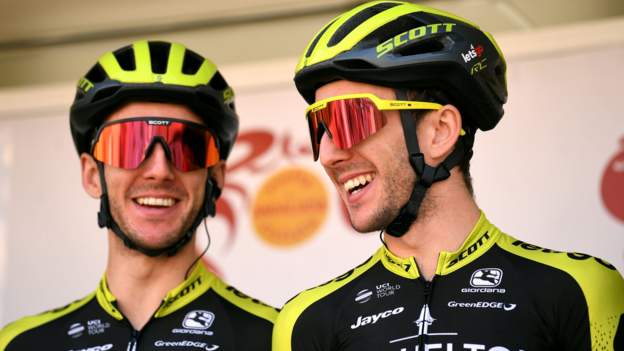 Adam Yates will compete in this year’s Tour de France and his twin brother Simon will race in the Giro d’Italia, say their Mitchelton-Scott team.

The Tour de France will take place from 29 August to 20 September having been pushed back because of the coronavirus pandemic.

The Giro d’Italia, postponed from May, will take place from 3-25 October.

Simon Yates led the Giro d’Italia for 13 days in 2018 before being beaten to victory by fellow Briton Chris Froome.

“The focus for us at the Giro d’Italia will be to support Simon Yates as best as possible, to help him achieve the optimal result we can as a team and ultimately try to win the race,” said Mitchelton-Scott head sports director Matt White.

“For me, the Giro d’Italia is the most physically demanding Grand Tour, so having a strong team around you certainly makes a difference.

“The team we will send will be a deep one and I’m confident Simon will have great support across all facets of racing.”

Adam Yates finished fourth in the Tour de France in 2016.