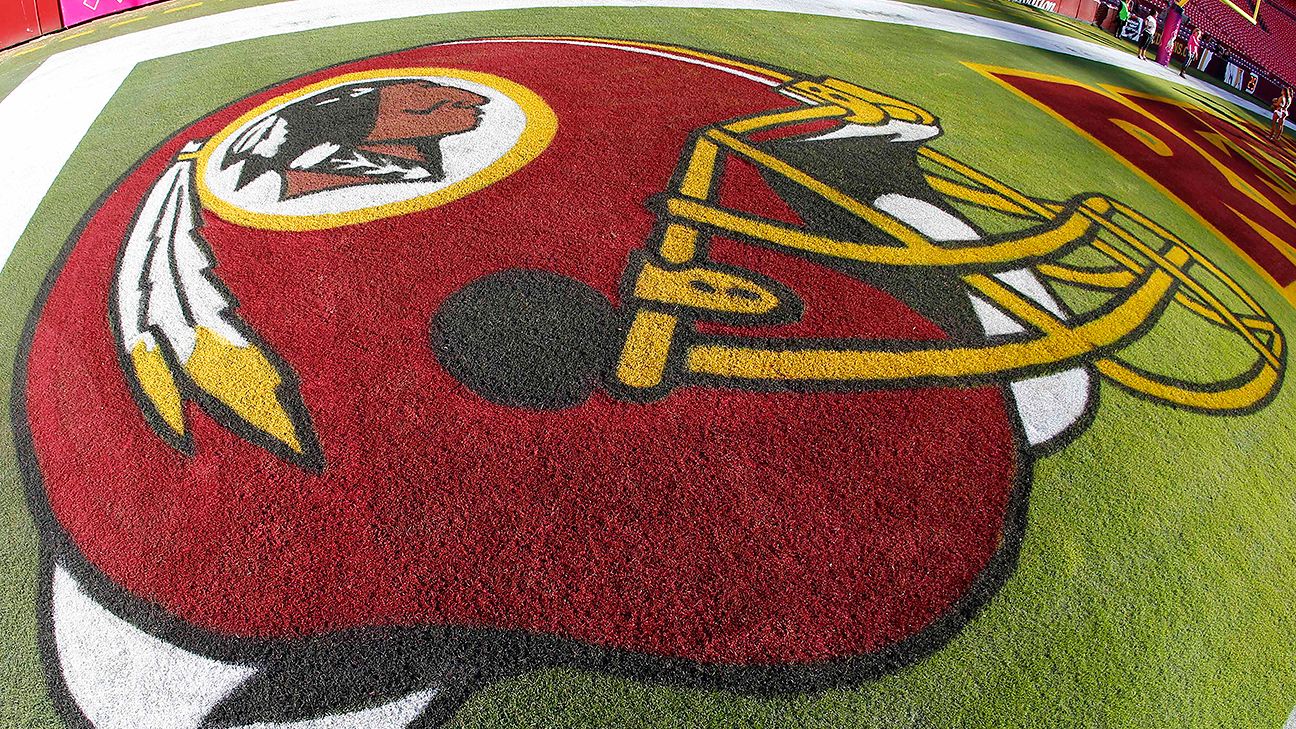 The Washington Redskins announced Monday that they will be retiring their nickname and logo after completing a thorough review that began on July 3.

“Today, we are announcing we will be retiring the Redskins name and logo upon completion of this review,” the team said in a statement.

“Dan Snyder and Coach [Ron] Rivera are working closely to develop a new name and design approach that will enhance the standing of our proud, tradition-rich franchise and inspire our sponsors, fans and community for the next 100 years.”

It had been widely expected that Washington would change its name, and one source said Saturday night that an announcement of a new name would come soon.

Sports Business Daily reported that the announcement of the new name has been delayed because trademark issues are pending.

“The NFL and Dan Snyder have finally made the right call and Change the Mascot commends them for it,” Ray Halbritter, Oneida Nation Representative and head of the Change the Mascot campaign said in a statement Monday. “This is a good decision for the country — not just Native peoples — since it closes a painful chapter of denigration and disrespect toward Native Americans and other people of color. Future generations of Native youth will no longer be subjected to this offensive and harmful slur every Sunday during football season.

“We have made clear from the start that this movement was never about political correctness, but seeking to prevent unnecessary harm to our youth, since we know from social scientists the many harmful effects this mascot has had on Native Americans’ self-image. Today marks the start of a new chapter for the NFL and the Washington franchise, beginning a new legacy that can be more inclusive for fans of all backgrounds.”

Another source told ESPN that the plan, as of now, is for the franchise to retain its use of burgundy and gold colors. Rivera had said the team wanted to include the military in its new name.

The franchise said on July 3 that it would undergo a thorough review of its 87-year-old name that some view as offensive. By that point, multiple sources said, team owner Snyder already was engaged in talks with the league about a possible new name. Multiple sources said the name would be changing, but there was nothing official from the team.

Snyder for years had resisted any consideration to change the name — telling USA Today in 2013 to “put it in all caps” that he would never make such a move. Some who have worked for Snyder said they believed he would rather sell the team than use a new name. While it’s uncertain what the next name will be, it is one a source close to the situation said Snyder was excited about.

Snyder had owned the rights in the Washington area to any possible expansion by the Arena Football League, and he was expected to name that team the Warriors, even attempting to trademark the name — a quest he had abandoned.

Snyder and the franchise were under more pressure to change Washington’s nickname after the protests against social injustice began following the May death of George Floyd in Minnesota. Within a few weeks of Floyd’s death, multiple sources said Snyder had been discussing the name for several weeks with the league.

During that time, a letter signed by 87 investors and shareholders with a total worth of $620 billion was sent to sponsors FedEx, PepsiCo and Nike, asking them to stop doing business with the team unless the name was changed. When that was reported in an Adweek.com story on July 1, multiple people — including current and former employees — echoed the same thought: It’s over. Most, if not all, were unaware that a possible change was already in the works.

FedEx signed a 27-year deal for $205 million in 1998. The company’s owner and CEO, Fred Smith, has been a minority shareholder in the franchise since 2003. However, according to multiple reports, he and the other minority investors, Dwight Schar and Bob Rothman, want to sell their stakes.

Snyder, his sister, Michele, and his mother, Arlette, own 60% of the franchise.