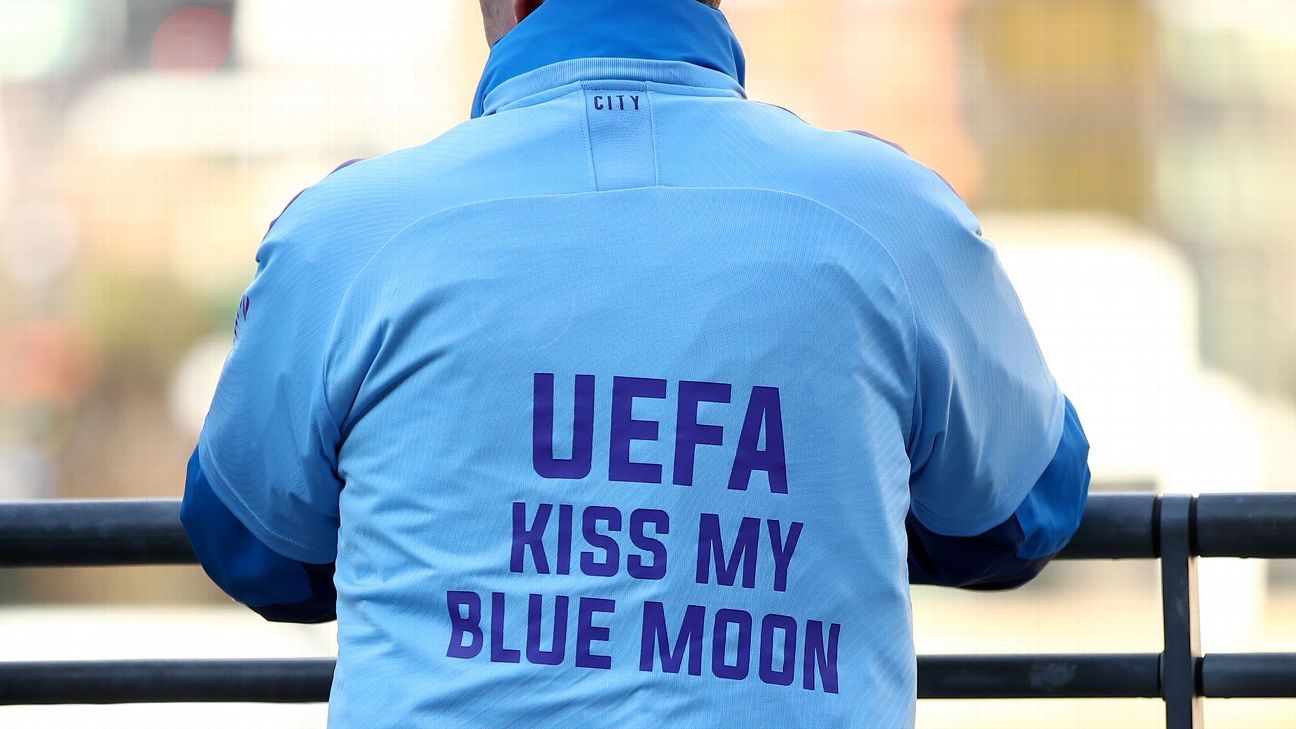 Pep Guardiola has never encouraged Manchester City‘s supporters to boo and jeer the Champions League anthem during the stand-off with UEFA during his four years in charge as manager at the Etihad Stadium.

The former Barcelona and Bayern Munich coach has instead urged the fans to focus their energy on backing the team, rather than venting their fury at European football’s governing body, but with City successfully overturning a two-year Champions League ban at the Court of Arbitration for Sport (CAS), their supporters will claim they were right all along.

But what happens next? Will the antagonism continue, despite City’s courtroom victory, or can they move on?

The antipathy towards UEFA, largely among the City fanbase but also from some within the club, extends back much further than Guardiola’s time in charge and relates to previous punishments for breaking financial fair play (FFP) regulations, and controversial refereeing decisions that have hurt the team on the pitch.

Indeed, as far back as 2014, Guardiola’s predecessor, the usually urbane Manuel Pellegrini said Swedish referee Jonas Eriksson “was not impartial to both teams” and “favoured Barcelona from beginning to end” of a 2-0 round-of-16 first-leg defeat at the Etihad. In 2012, City were fined €30,000 for being one-minute late returning to the pitch in a Europa League tie against Sporting CP. A month earlier, UEFA fined FC Porto just €20,000 after that Mario Balotelli had been subjected to monkey chants and racist taunts at Estadio do Dragao.

It is not difficult to see why City have always had a fractious relationship with UEFA when minor technical breaches result in a heavier fine than for discriminatory chanting. But for City to become the club that their Abu Dhabi owners want them be — an established super-power among Europe’s traditional elite — they need to look to the future rather than the past.

Many fans feel the club has been victimised, but City have not been an innocent party and, although they won their appeal, they have still been fined €10 million for “failing to cooperate with UEFA authorities,” and a financial penalty of that magnitude should not be dismissed as simply a rap across the knuckles. It’s not a good look.

City now need their European story to be defined by what happens on the pitch rather than off it. They are in their ninth successive season in the Champions League and have reached the semifinals only once. Owner Sheikh Mansour bin Zayed al Nahyan has pumped more than £1 billion into the club since his arrival in September 2008 and the record in Europe has to improve.

The Champions League has become an itch that City have been unable to scratch and their persistent failures led to the hiring of Guardiola back in 2016, the man who won the Champions League twice with Barcelona and never failed to reach the last four with Bayern Munich.

Yet since arriving at City, Guardiola has been unable to take the club beyond the quarterfinals and, while he has brought sustained domestic success to the Etihad, Europe continues to be an insurmountable obstacle. This season offers Guardiola and City arguably their best chance of ending the wait for Champions League glory.

City face Real Madrid in the second leg of their round-of-16 tie at the Etihad next month leading 2-1 and will be favourites to head to Lisbon for an eight-team mini-tournament of knock-out football. Their route to the final is likely to pit them against Juventus in the quarters and Bayern in the semis, before a potential meeting with either Atletico Madrid or Paris Saint-Germain in the final. It looks a difficult path to success, but having beaten UEFA off the pitch, City should fear nobody on it.

Perhaps winning the Champions League will put an end to the bitterness and acrimony that has overshadowed their relationship with UEFA and the competition for too long. It has been too easy for City fans to claim that their lack of success has been down to perceived injustice at the hands of UEFA. It has given some good City teams and great managers a convenient excuse when results have gone against them.

But there can be no more excuses now. City have won their big battle off the pitch, so it is down to Guardiola and his players to deliver.

When, or if, they do that, the booing, jeering and persecution complex will hopefully be consigned to the past.