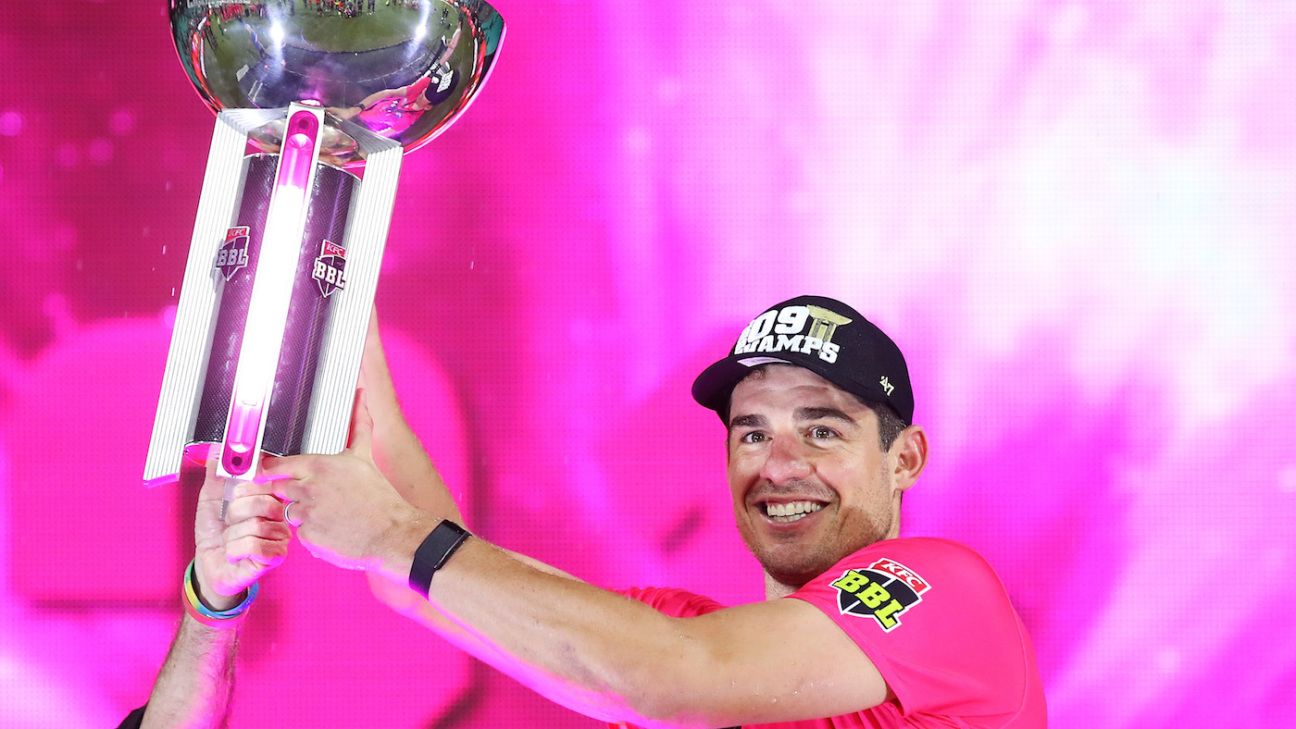 Edition No. 10 of the Big Bash League will run its full 61-game course and thus prevent any renegotiation of Cricket Australia’s current broadcast deal with Fox and Seven on the basis of reduced content, albeit with a stretched schedule that allows for flexibility in the time of Covid-19.

Barring a late change of plans, CA is expected to announce its full fixture list for the BBL and WBBL on Wednesday. By starting the BBL as early as December 3, the evening after a scheduled opening day of the first Test between Australia and India at the Gabba in Brisbane, and finishing in early February, CA will push the Sheffield Shield and domestic one-day cup further to the spring margins of the season.

But it will also gain more room to manoeuvre the BBL itself should Covid-19 force the league and clubs into the sort of neutral venue “hub” model currently required by the AFL and NRL.

ALSO READ: Sourav Ganguly to Virat Kohli – ‘I expect you to win in Australia’

That scenario is also built into the schedule for the WBBL, due to start in October and running through November, with all clubs getting home games but the possibility of blocks of games at the one venue being built into the fixtures with the possibility for extension in the event that health and quarantine circumstances demand it.

Should the BBL be able to play out as scheduled, Fox, Seven and the clubs will benefit from the extra tournament length in that it provides room for more matches to be played both in evening prime time and also on Fridays, Saturdays and Sundays. A proliferation of afternoon fixtures and “school night” matches have been a frequent source of complaints over each of the past two seasons since the league expanded vastly to a full 14-game home and away season for each club.

Though the move to an early December start will mean the BBL occupies fully two more weeks of the season than last summer, the adverse circumstances created by Covid-19 have forced schedulers into finding all possible ways to get the tournament played to its fullest extent, with the underlying imperative of avoiding a reduction in content and a consequent renegotiation with broadcasters – precisely the issue that has cornered the AFL and NRL into negotiating discounted deals with their rights holders.

Earl Eddings, the CA chairman, had been firm in June when he stated that CA’s intention was to deliver its full contracted requirements to broadcasters in terms of both international and W/BBL fixtures across the home summer.

“Obviously, the media industry is going through a whole range of disruption. It’s a very difficult situation. It’s good that the sports are back. We have lost no content,” he said last month. “We have got really strong commercial partners, we get on really well, we are in constant communication, we will hold up our end of the bargain. I am sure Channel Seven and Foxtel will as well. I would have thought that people are watching it on TV, it might increase their ratings.”

As previously reported by ESPNcricinfo, any other changes to the tournament will be micro rather than macro, including: bonus points available to teams for their progress at the 10-over point of an innings, substitutions also allowed within that same period, the Powerplay split between the first four overs of the innings and two overs floating elsewhere, free-hits for the bowling of wides and the addition of extra breaks for advertisements and player strategy after every five overs.

Fixtures for the Sheffield Shield and the domestic one-day competition will be announced at a later date, with a whole range of plans for state and national team pre-seasons a part of the conversation. CA is also working through discussions with the ECB and both Australian and UK governments around a proposed limited-overs tour of England in September, with issues of travel and quarantine demands – particularly for the Australian players on their return home from the northern hemisphere – still being talked through.

The fluid nature of planning for the looming season was underlined in the past 24 hours with reports from India suggesting that the BCCI and its president Sourav Ganguly may want to delay the start of the Test series against Australia from December 3 to December 10.