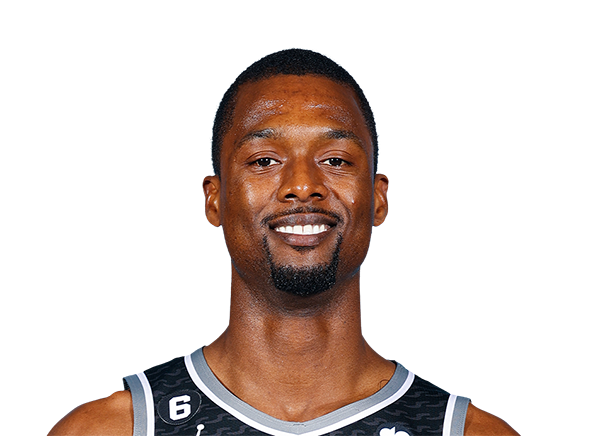 Harrison Barnes announced Tuesday he has tested positive for the coronavirus, making him the fourth such Sacramento Kings player in the days and weeks leading up to the NBA’s restart in Orlando, Florida.

“I’ve been primarily asymptomatic and am doing well,” Barnes wrote in a tweet. “I’m quarantined and am abiding by the safety protocol until I’m cleared for action. I hope to join my team in Orlando when it is safe to do so! Stay safe out there.”

Previously, Buddy Hield, Jabari Parker and Alex Len all tested positive for the virus as well.

Kings coach Luke Walton revealed last week that a fourth member of Sacramento’s 36-person traveling party did not initially join the team in Orlando, but did not identify Barnes.

Hield and Parker have since reported to Orlando and must return two negative tests and not show any symptoms before they can get back into action. Len is currently in Sacramento, a league source told ESPN.

“They both had their first test and now we’re just following NBA guidelines as far as hopefully getting them back soon,” Walton said Sunday.

Walton said he would limit their participation when they are cleared as a preventative measure.

“We’ll probably do some individual work and make sure where they’re at from a physical standpoint before we throw them in,” Walton said. “Remember, we’re already going to be on Day 5 or 6 by then so we got to make sure that they’re physically ready to go as well.”

Per NBA guidelines, two weeks after a player tests positive, he is given a cardiac screening. At the point of the cardiac screening, a team has seven days to determine if the player will rejoin the team or they will opt to sign a replacement player in his spot.

It’s been an uneasy beginning to life in the bubble for the Kings thus far. Over the weekend center Richaun Holmes inadvertently broke the perimeter of the NBA campus in order to pick up a food delivery. The infraction forced Holmes to have to restart his quarantine for an additional 10 days before he can return to practice.

“I apologize for my actions and look forward to rejoining my teammates for our playoff push,” Holmes tweeted Monday.

After going 7-3 in its last 10 games before the hiatus in March, Sacramento is currently 3½ games back of the Memphis Grizzlies for the No. 8 spot in the Western Conference playoff picture. At the conclusion of the eight “seeding” games to finish off the regular season, the team that is in ninth place can force a play-in with the eighth place team so long as the No. 9 team is within four games of the No. 8 team in the standings.

The No. 9 team would have to beat the No. 8 team two games in a row to earn a first round playoff berth. The No. 8 team would just have to win once to keep their place in the postseason.