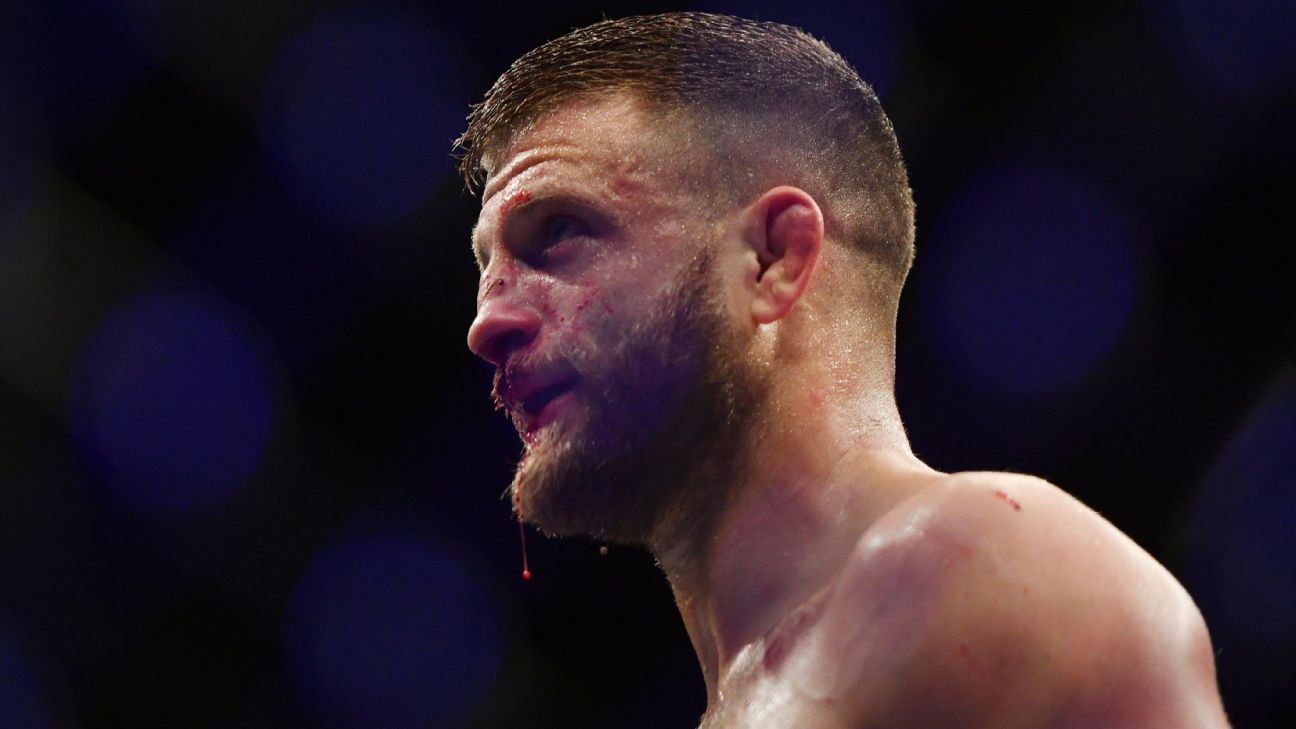 A critical matchup in the UFC’s surging featherweight division is now official.

Calvin Kattar and Dan Ige both successfully made weight Tuesday for their UFC Fight Night main event bout in Abu Dhabi. Kattar weighed in at 146 pounds and Ige was 145 pounds.

Both co-main event fighters also weighed in successfully Tuesday. Tim Elliott came in at 125 pounds and Ryan Benoit hit the scale at 126 pounds.

The headlining bout takes place Wednesday night on Yas Island, which the UFC has dubbed “Fight Island” for this month-long slate of events. The card will take place with no fans in the recently built Flash Forum. The venue is inside a safe zone where everyone has been tested for coronavirus multiple times.

Kattar (21-4) is coming off a big, second-round TKO over Jeremy Stephens at UFC 249 on May 9. The New England native has won three of his last four fights. Kattar, 32, has won by KO/TKO in four of his five UFC victories. ESPN has him ranked No. 8 in the world among MMA featherweight fighters.

Ige (14-2) has won six in a row and is perhaps the hottest contender in the division. The Hawaii native is coming off a split decision win over Edson Barboza at UFC Fight Night: Overeem vs. Harris on May 16. Ige, 28, has just one loss in the last five years.