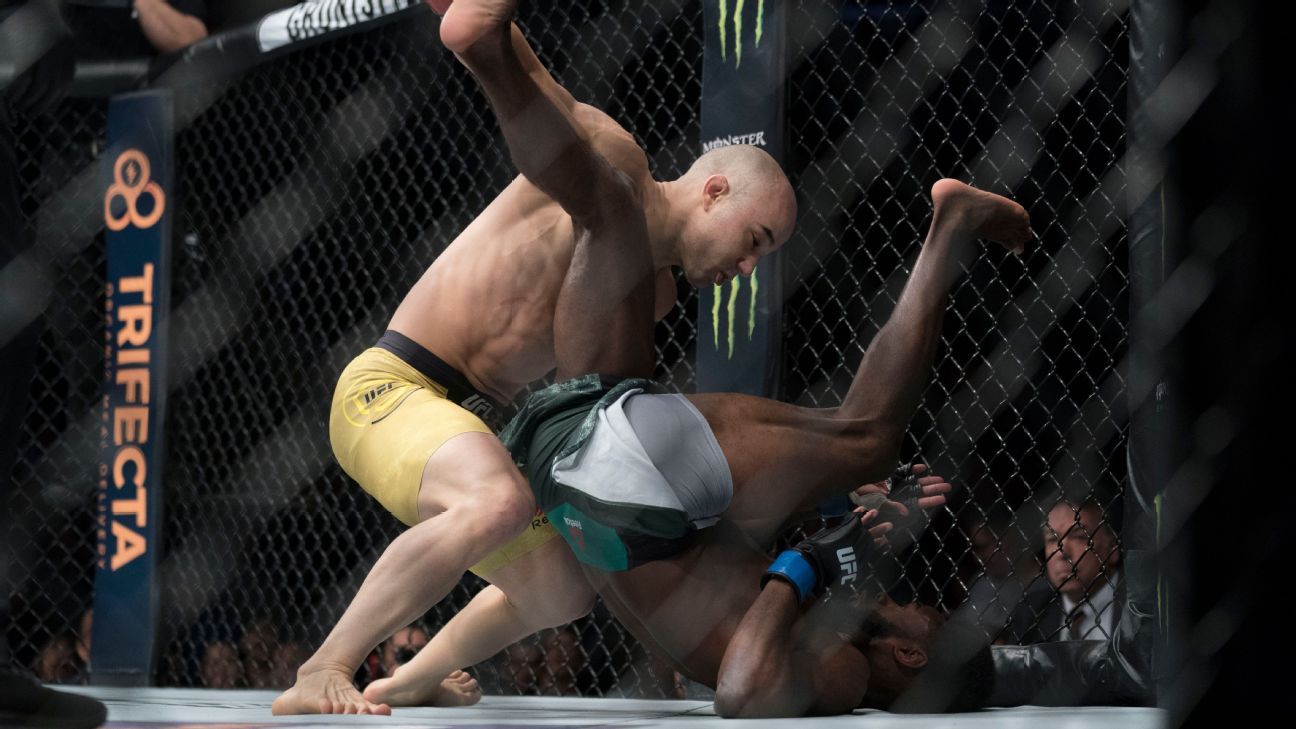 Marlon Moraes, the No. 1-ranked UFC bantamweight contender, told ESPN Brazil that he has recently been diagnosed with COVID-19.

Moraes said he started to feel symptoms about 10 days ago. Both he and his wife tested positive for the coronavirus, but the couple’s two children were not infected.

“Unfortunately, I got the virus — me and my wife. We were very weak, the symptoms were very strong on us. Thank God I didn’t need to go to the hospital, but I had to take my wife to the hospital,” Moraes told ESPN Brazil. “We spent a day at the hospital. She was treated by them, she took some medicines, then she stayed under observation.”

Although still a little weakened, Moraes said he watched Saturday’s title fight between José Aldo and Petr Yan at UFC 251.

“It was a good fight, José Aldo is a legend of the sport,” he said. “I thought he had a good fight, he showed that he wanted to win, but Yan was better than him and we have to respect him. Aldo is not very used to losing, but in the sport, unfortunately one wins and one loses, so we have to support him. Unfortunately the belt didn’t come [home]. I’m here, other Brazilians are also in the race.”

Despite rumors that Moraes, who fought for the title belt last year against Henry Cejudo, could be Yan’s first challenger, the Brazilian has another fight in mind. Moraes said he has already agreed to fight Cody Garbrandt, who is No. 4 in the bantamweight rankings and a former champion of the division. Garbrandt is coming off a spectacular knockout win over Brazilian Raphael Assunção at UFC 250.

“The fight [the UFC has] to do now is me versus Cody. And I think they will put [Aljamain] Sterling to fight Yan and whoever wins between me and Cody will be the next to fight for the belt,” Moraes said. “The [UFC] is already planning [Moraes-Garbrandt] for October. The fight has already been offered, on my part it has already been accepted, I’m just waiting for the UFC.”