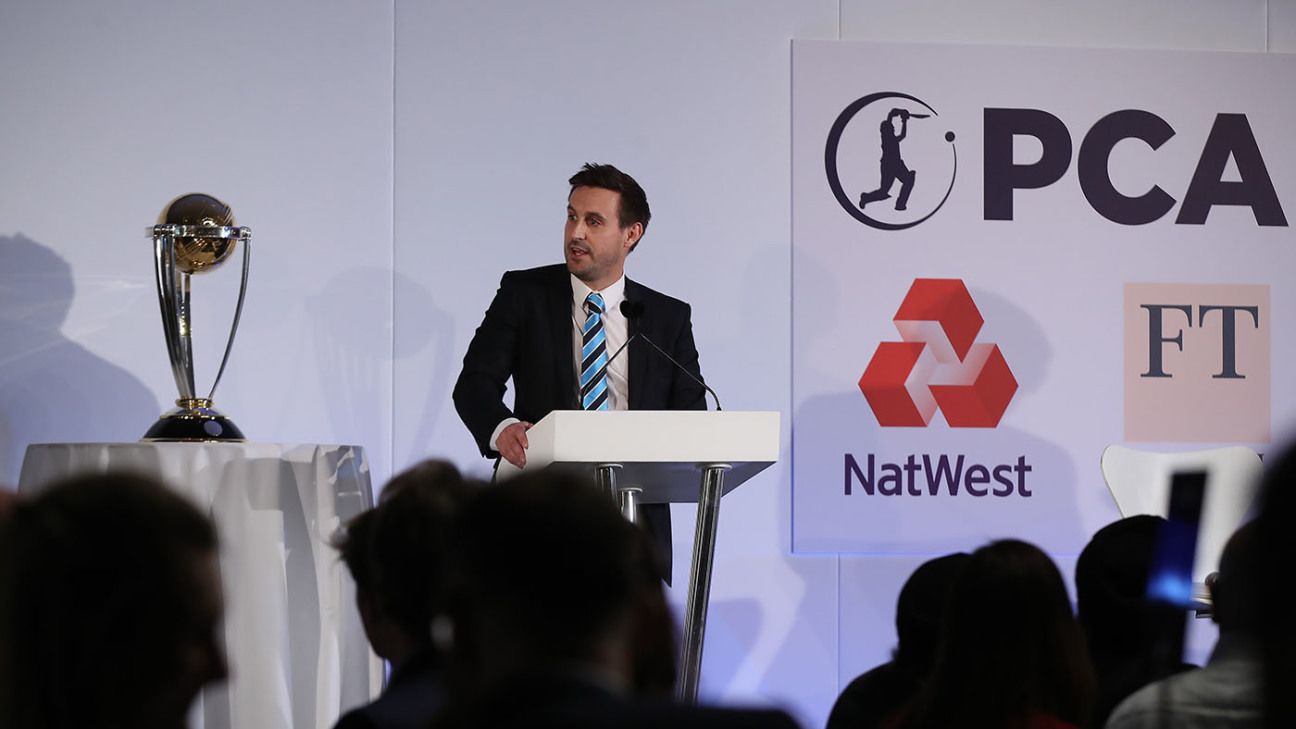 Tony Irish, the chief executive of the Professional Cricketers’ Association, has stepped down from his role with immediate effect, and will return to South Africa for personal reasons.

Irish, who is also executive chair of the Federation of International Cricketers’ Associations (FICA), started his role at the PCA at the beginning of the year, but has struggled to settle with his family in England.

In his absence, Daryl Mitchell, the organisation’s unpaid chairman, has been left to shoulder a significant burden as the game attempts to navigate its way through the crisis caused by the Covid-19 pandemic.

Irish did return to his role briefly in June, initially on a shortened working week, but has since informed the PCA Board that the new arrangement is untenable.

“It’s an honour to have served as Chief Executive of the PCA but it’s also been a very challenging time for me and my daughters in England,” said Irish. “I have made a decision based on what’s best for us as a family.”

Rob Lynch, the PCA’s commercial director, has been appointed Interim CEO, having joined the organisation in February after a stint as chief operating officer at Middlesex.

“I wish Tony and his daughters the very best on their return to South Africa,” said Mitchell. “Tony has had a big influence on the management team, especially in these very testing times.

“Having worked in our Oval office during the winter and an increased day-to-day involvement over the past few months, I have full faith in our excellent and dedicated team, led by Rob Lynch to continue championing the ongoing interests of professional cricketers in England and Wales.”

Irish’s predecessor as PCA chief executive, David Leatherdale, was also obliged to take several months away from work due to a stress-related illness in 2018. As a result, Mitchell was left at the helm as the PCA negotiated pivotal issues regarding the Hundred and the new County Partnership Agreement.

Recognising the huge workload taken on by Mitchell, the PCA recently announced the appointment of two new vice-chairs, Heather Knight and James Harris.

Julian Metherell, the PCA non-executive chairman, added: “It is a great disappointment Tony has had to leave the PCA and I want to thank him for all of his hard work during incredibly challenging times.

“Tony led the PCA expertly through the initial stages of the Coronavirus crisis which has caused many unforeseen challenges. I am pleased he can now fully prioritise his family, he departs with our understanding and we all wish him well for the future.”