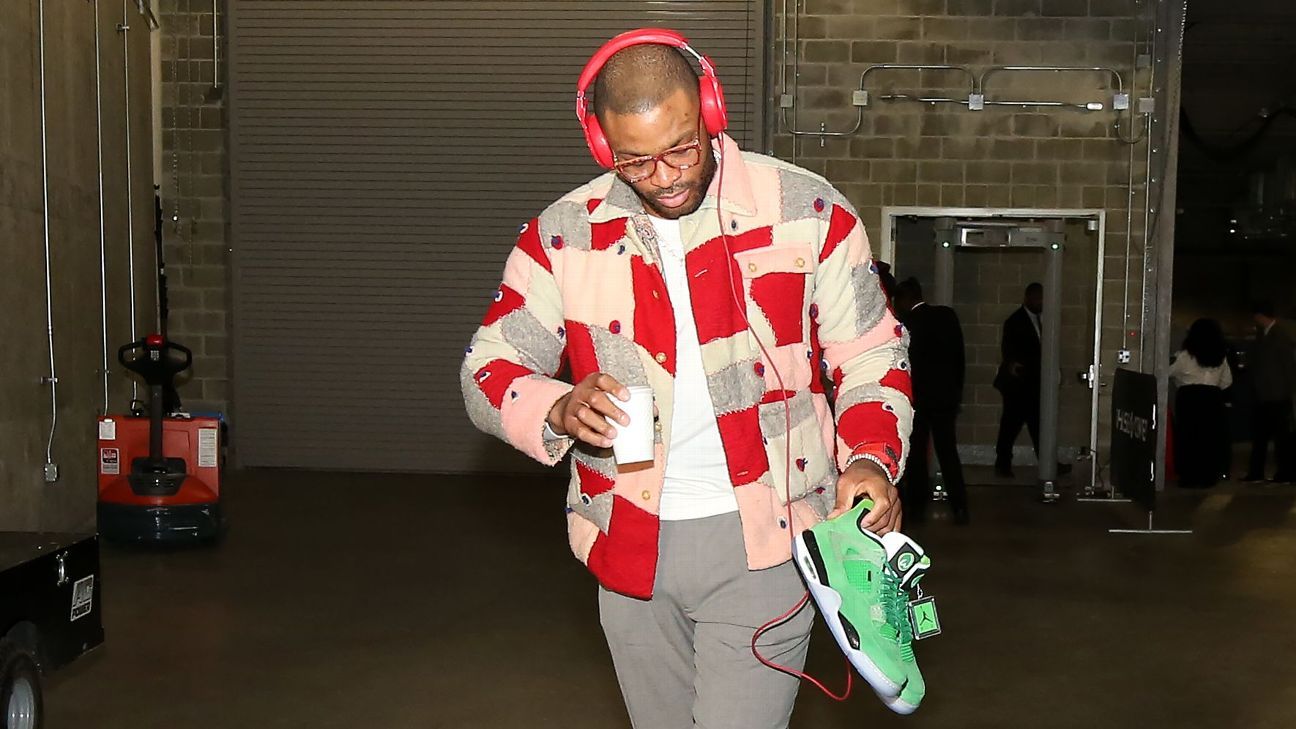 When the NBA season resumes later this month in Orlando, one key element of the game night experience for both players and fans will be missing — the arena entry tunnel walk and spotlight on player’s fashion.

A new entry protocol finalized at the end of this past week calls for players to “be in uniform and warmups when they arrive” to the game, sources told ESPN.

Players will get dressed in full uniform in their respective hotel rooms at the trio of designated resorts, then board a team bus for an expected fifteen-minute drive to the Wide World of Sports Complex at Disney World and the HP Field House’s primary game court.

Photographers will be awaiting their steps off of each team bus, though each player will be outfitted in the same team issued warmups that they’ll then take the floor in for typical pregame stretching, layup lines and shooting.

For many players around the league, like Russell Westbrook, PJ Tucker, Kyle Kuzma, Kelly Oubre Jr. and Shai Gilgeous-Alexander, arena entry fashion coverage has become a defining piece of their growing marketing profiles. Oubre Jr. and Gilgeous-Alexander both signed unique shoe deals with Converse, with the brand celebrating their off-court style just as much as their rising play.

Westbrook has designed several capsule collections with fashion brands and is a Paris Fashion Week mainstay. Kuzma landed a Puma shoe deal that pays him more annually than his current Lakers salary.

Tucker enjoys wearing a different rare and coveted sneaker to each game, along with a full ensemble of flashy clothes, jewelry and accessories. The Rockets veteran still plans to flex his endless sneaker game while arriving in the team warmups, and will likely carry his game shoes in hand.

“That is crazy,” said Tucker, with a laugh. “I think that takes away [from] originally what getting dressed was all about. It wasn’t even about the tunnel walk, it was more about getting dressed up and going to work. To me, it’s like a mindset, getting dressed and getting ready to go to my game. It puts me in the mindset that I’m ready to work and helps me find my focus.”

One key element that led to the change, sources told ESPN, is the fact that team locker rooms on site are not equipped with showers. To minimize players changing in close quarters before and after games at the venue, without showering, the decision was made to instead have them arrive ready to play in order to prioritize sanitization measures and social distancing. Players will depart the venue 40 minutes after each game to return to their hotel.

In just the last two seasons, the visibility of the arena entry arrival exploded. Teams designed elevated layouts and walkways for players. Some franchises brokered brand partnerships and marketing activations, given the extra attention. At one point, the Rockets even had a DJ spinning music alongside the player walkway. Social media accounts dedicated to chronicling outfits in real time on a nightly basis also rose in popularity.

“The fashion aspect of the NBA opened the door to a lot of casual fans. It was the hook for a brand new audience,” said Ian Pierno, creative producer and manager of SLAM’s League Fits social media account. “It was something dope to look at and something to discuss, even if you don’t understand how to calculate PER.”

With limited apparel flexibility, face masks will also serve as one of the few opportunities for self-expression en route to games. Some players planned ahead, creating customized masks with social justice messages, personal brand logos or hometown area codes.

The league has already provided all players and team personnel with face coverings as part of their arrival package in Orlando. A batch of ten co-designed NBA x Stance masks with different prints, logo executions and graphics were waiting for players in their hotel rooms. When arriving for games, players will have the option to wear the league-provided masks, their team-issued face coverings or a face covering of their own choosing.

As it stands, the growing trend of pre-game off-court style coverage will be more limited in Orlando, one of several adjustments players have already preparing for in the bubble.

“Getting dressed at the hotel now will feel like an AAU tournament,” said Tucker. “It’s AAU Nationals, it’s the Nike Super Showcase and one of those [tournaments] that we used to play in back in the day. I’m not feeling it. It just doesn’t feel NBA to me, but it is what it is.”