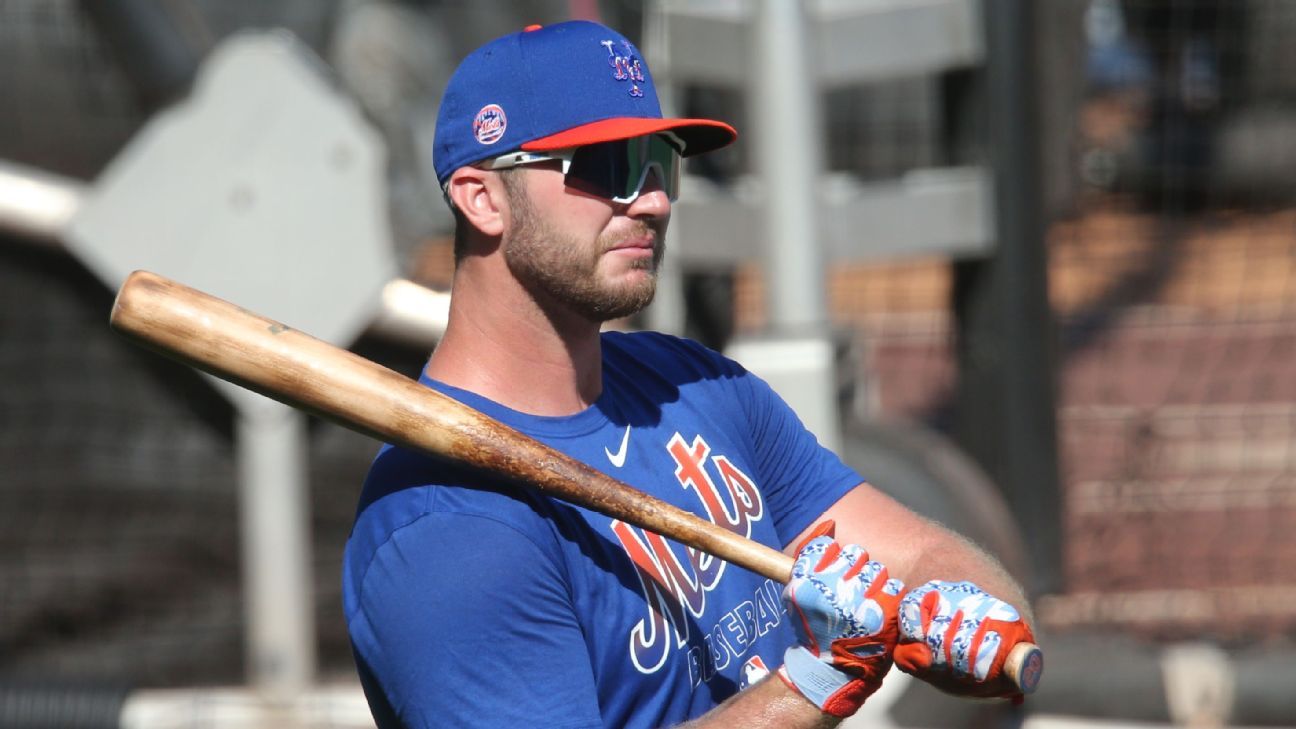 Among all of the unknowns heading into the shortened 2020 campaign for Major League Baseball, one of the biggest is this: How much of an encore will even a 60-game season be on last season, the Year of the Home Run? With memories of 2019’s exploding scoreboards and record rates of balls belted into the cheap seats, we asked three of our MLB insiders — Bradford Doolittle, Sam Miller and David Schoenfield — for their thoughts on what we should expect as far as big flies in an abbreviated season.

Predict how many total home runs will be hit in 2020

Bradford Doolittle: Let’s say 2,238, or thereabouts. This estimate balances some regression for what’s happened over the past five years, along with a wild guess at how the ball will play on contact this year, which is a big, fat unknown.

Sam Miller: I’m going to assume the full 60-game schedule gets played — which, in actuality, I don’t assume at all. But assuming that: 2,450, just a very small tick down from a prorated share of last year’s total. August is typically the month with the most home runs, per game.

On the other hand, April is typically the month with the fewest. So part of the question is, does that put us on track for even more homers, because the whole season will be played in summer heat, in which baseballs travel farther? Or fewer, because it takes a few weeks for hitters to find their power stroke, and “a few weeks” is half of the 2020 season? I lean toward the former explanation and think we could have a lot of 14-9 games this year.

David Schoenfield: In 2019, teams averaged 1.39 home runs per game. I’m not predicting any changes in the ball, so expect it to be flying once again. The obvious difference in 2020 is pitchers won’t be hitting in National League or interleague games.

Some quick math: National League pitchers batted an average of 1.96 times per game in 2019, so that’s an estimated 1,764 new plate appearances to be taken by designated hitters over the 60-game schedule. Last year, NL DHs homered in 4.2% of their plate appearances — or 74 home runs over 1,764 PAs. NL pitchers would have homered an estimated nine times over that many PAs, so we estimate an additional 65 home runs thanks to the universal DH. However, it could be more than that. There will be fewer pinch-hitting appearances that will now also be given to DHs, and NL pinch-hitters homered in 3.3% of their PAs. So I’ll go with an additional 70 home runs or a total of 2,580.

The Twins hit 307 home runs in 162 games last year. How many will the team that leads MLB hit this year?

Miller: Sixty-game stretches are inherently prone to more extreme outliers. From games 101 to 160 last year, the team with the most home runs was the Yankees, with 135, which would be 365 over the course of a 162-game season. That’s going to be a theme of this year’s final stats: The rate leaders are going to be absolutely bonkers. If the leaguewide offense is where I estimated it would be in the first question, I’d be pretty confident saying somebody hits 120.

Schoenfield: I just predicted no decline in overall home runs, so I’m with Sam here: Some team will go bonkers over a 60-game stretch. The Twins should face a little tougher pitching in their division this year, so I’m not predicting them. The Yankees might go nuts again if Giancarlo Stanton and Aaron Judge can remain on the field. But I’ll go with the Dodgers, who led the NL with 279 home runs last year (just 28 fewer than the Twins) and now get a full-time DH and get to face some shaky pitching staffs in the Rockies and Giants. The Dodgers lead the majors with 123 home runs.

Is 60 games enough for us to know if something like the 2019 baseball is going on again?

Doolittle: The physics nerds (a label I apply with love) started flagging outlying results right away last season. So, yeah, if the ball is performing at last year’s level, they’ll pick up on it. What’s much more uncertain is how batches of balls will be distributed. Do we start with whatever is left over from last year? And if we’re going through many more balls per game as part of the health guidelines, how soon do we tap into new batches? If we end up with a hodgepodge of batches and manufacture dates, that might cloud the signal.

Miller: As Rob Arthur, of Baseball Prospectus and other places, has explained it to me, we should have a pretty good idea of how the ball is playing within a couple of days. That isn’t to say that we’ll know from the first week how the balls in the final week of the season — or even the second week of the season — will play. The variations we’ve seen within and between batches are part of the mystery of this juiced ball era — and, perhaps, part of the cause.

Schoenfield: I think Brad nailed it. We could see widely varying differences from week to week based on whatever particular batches of baseballs are being used. Some teams were close to running out of their supply a year ago, and they will need new balls. But others might have stock leftover, so teams could be using batches manufactured at different times, leading to balls carrying differently in different parks. Which could certainly have a major impact on the individual home run leaderboards.

What should fans watch to see how the baseball is playing from the start?

Doolittle: We’re starting off in the warmest months, which is traditionally when the offense’s numbers edge up because of the warm air. We have to bear that in mind. Beyond that, we just have to see how the ball performs off the bat, and counting homers isn’t always the way to do that. Launch angles and exit velocities — and the expected metrics derived from those — are the best benchmarks we have, at least if we don’t have a background in physics. It’s fun — all the stuff traditional fans can’t get enough of.

Miller: Rob Arthur’s Twitter feed is what I’ll be watching. If a change in the ball is really obvious, though, the players’ reactions will tell you. They’ve hit and chased a ton of fly balls in their life, and they know what a home run is supposed to feel and look like off the bat.

Schoenfield: What they said.

How will home runs be different without fans in the stands?

Doolittle: They will make louder bangs when they hit empty seats. We need some kind of gauge to measure the volume and duration of home run echoes. Also, pitcher F-bombs will be much easier to discern.

Miller: Great question. I think the homers that land halfway up the stands might look like they went farther than they used to look with fans. Fans have a flattening effect on the bleachers. Outfielders who chase fly balls to the wall also will have to be more alert because it’s all but certain a home run is going to bounce off the edge of a seat or bleacher right back at them. Some outfielder is going to get clobbered by a ricochet.

Schoenfield: I remember being at a spring training night game a few years ago, when Javier Baez hit a mammoth home run. It came late in the game, after most of the fans had exited, so the loud crack of the bat echoed throughout the stadium — the loudest home run I’ve ever heard. We’re going to hear a lot of those cracks this year, so I’m with Brad: We definitely need a bat crack decibel meter installed in every ballpark.

We’re not getting a Home Run Derby this year, so let’s settle it right here: Who is baseball’s current king of the long ball?

Doolittle: What’s that old quotation? In the land of the blind, the one-eyed man is king? Everyone is a home run king in today’s game. Eugenio Suarez, a good player but no Hall of Famer, hit 49 home runs last season. Rather than crowning someone based on something everyone can do, I would anoint someone like Willians Astudillo and make Nick Madrigal the prince-in-waiting.

Miller: It’s probably the guy who has never led the league in homers — Mike Trout. But Trout could rule any number of kingdoms. I’d still rather see a Giancarlo Stanton home run than any other.

Schoenfield: Pete Alonso led the majors with 53 home runs in 2019. And he won the Home Run Derby. And he is fun to watch. And he gets that being a baseball player should be fun. If you like home runs, you have to love Alonso. He is the king until one of the serfs rises to take his crown.