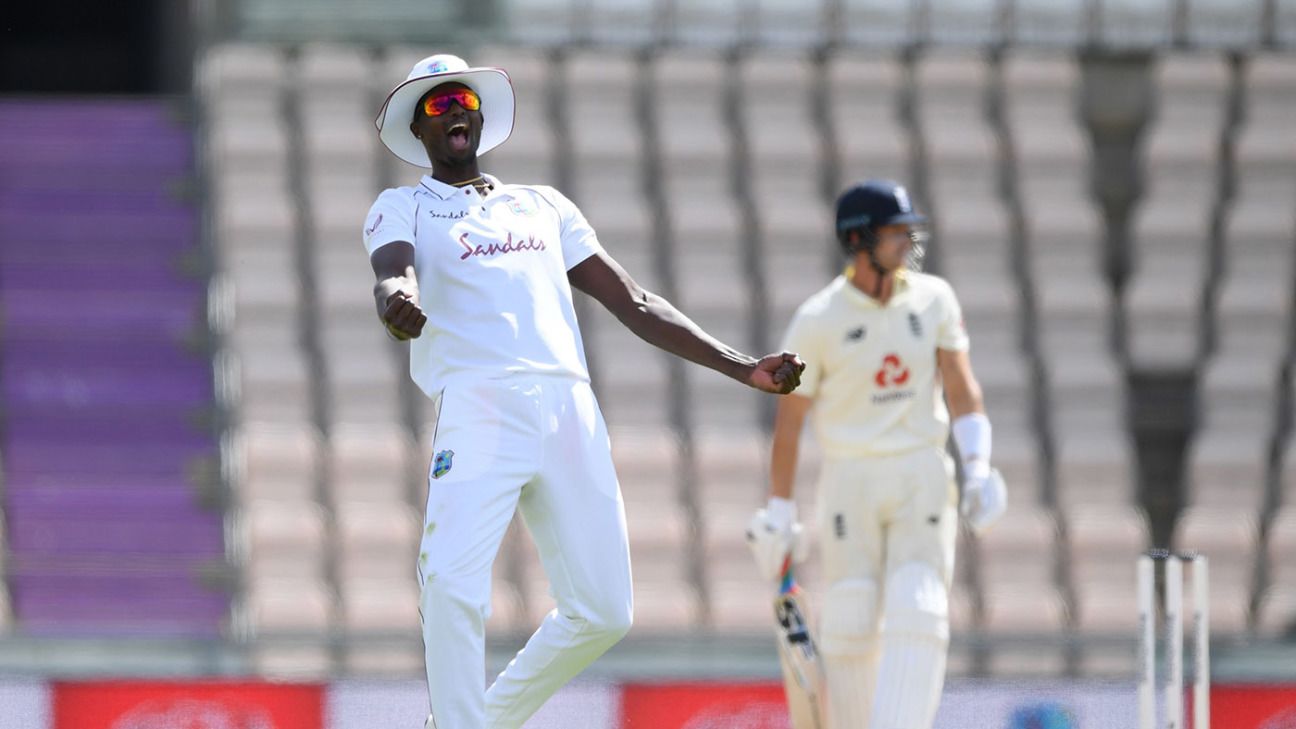 Joe Denly looks set to pay the price for England’s four-wicket defeat in the first Test against West Indies, but Jos Buttler can expect to be given “the best chance to succeed” despite his own flat-lining Test form, as the head coach Chris Silverwood prepares to lift his squad ahead of Thursday’s second match at Emirates Old Trafford.

With England’s captain Joe Root set to slot back into the side at No. 4 following the birth of his second child, the obvious fall-guy is Denly, 34, who once again failed to capitalise on a pair of solid starts with scores of 18 and 29 at the Ageas Bowl.

After 15 Tests in a row dating back to England’s tour of the Caribbean in early 2019, those latest innings epitomise a flatlining career in which Denly’s average has now slipped back below 30. Moreover they contrast increasingly starkly with the efforts of Denly’s Kent team-mate Zak Crawley – 12 years his junior – whose second-innings 76 at the Ageas Bowl completed the fifth consecutive match in which he has posted a Test-best score.

“That’s what we are looking for,” Silverwood said. “If we can create an environment where these guys can learn and continually improve then we will end up with some very good cricketers on our hands.

“Zak is improving constantly. He certainly showed maturity and the innings he played was very good. We have some young players in that side that seem to have good heads on their shoulders, and he’s one of them. We’d have all loved to have seen him go on and get up to three figures but what we did was very good and helped us get into the position that we did.”

After debuting at No. 6 in New Zealand and playing as an opener in South Africa, Crawley’s selection at No. 4 was a sign that he had been the likelier player to make way for Root’s return in that position in Manchester.

However, when pressed on Denly’s continued presence in the side, Silverwood struggled to give his player much solace, and confirmed that his place would come under discussion when he and Root sit down with Ed Smith, the national selector, this afternoon to finalise England’s squad for the second Test.

“We’re all desperate to see Joe do really well,” he said. “We can see he’s trying hard, he’s training hard. He’s a great bloke hence why we all went to see him do well, but obviously he’s under pressure a little bit, yeah.”

Another player who might expect to feel the pinch is Buttler, England’s vice-captain in Root’s absence, whose scores of 35 and 9 at the Ageas Bowl continued a fallow run of form in which he has scored a solitary half-century in his last 21 Test innings, going back to the tour of the Caribbean.

With Ben Foakes now confirmed as the Test squad’s wicketkeeping understudy following Jonny Bairstow’s selection in the white-ball squad to face Ireland at the end of the month, Buttler would appear to be running out of opportunities to translate his world-beating one-day form into the Test arena, where he averages 31.46 with one hundred in 42 appearances.

Silverwood, however, indicated that the selectors’ patience had not yet run out, and despite the hugely worthy claims of Foakes – who made a hundred on his debut in Sri Lanka and averages 41.50 in five Tests – he backed England’s incumbent to live up to his indisputable talent.

“I’m not going to go down that road yet of putting Jos under pressure, because I don’t think it’s going to help him,” he said. “So, first and foremost, we want to give Jos the best opportunity to succeed. But you’re right, we have got a very, very good gloveman in Ben Foakes out there, which we’re lucky to have.

“[Jos] looked brilliant coming into this game, in practice and everything. He looked very good in the first innings. He just needs to go and make those big scores now, doesn’t he? Which he knows as well.

“From our point of view it’s just making sure that he feels confident in the environment he’s in. We’ll give him the best chance to succeed really. The rest of it is, he has a good day out, gets some runs, hopefully the rest will be history – he’ll go on from there.”

England are at least in familiar territory going into the second Test, having lost the opening match of a series for the eighth time in ten campaigns, dating back to the Ashes tour in 2017-18. Most recently in South Africa they bounced back from a heavy defeat in the first Test at Centurion to win the series 3-1, and Silverwood was hopeful that the same spirit would come to the fore now.

“It is something that’s been spoken about, and it’s something that we keep managing to do,” he said. “We have to address and it look at how we get out of the blocks a little bit quicker.

“We had a good chat in the dressing room afterwards – as you always do, you sit down and you look at areas where you missed opportunities here, you’ve built well there.

“I tend to try and find the positives in everything. And South Africa was used as an example of how well we can bounce back. But what I don’t know want to do is take any credit away from the West Indies because I thought they played very, very well.”

Another key issue for England will be the management of their bowling resources, with Stuart Broad champing at the bit to get involved after being controversially omitted from the opening Test, a decision that ended his run of 51 consecutive home appearances.

Broad voiced his displeasure at that decision in a mid-Test interview, but Silverwood echoed Ben Stokes’ post-match sentiments and welcomed his determination to continue fighting for his place.

“I think Stuart handled himself very well during that interview, to be honest,” Silverwood said. “What I did love about it, and subsequently the conversations I’ve had with him, is that passion. That drive is still there and to see that in someone who’s done as much in the game as he has, I find very exciting to be honest. And Stuart still has a big role to play within this team. I’ve made that very clear to him.”

With six Tests to be played in the space of seven weeks, attrition among England’s fast-bowling ranks is inevitable, but Silverwood was optimistic of a clean bill of health in the build-up to Old Trafford.

“We have one or two stiff bodies this morning as you can imagine,” he said. “I’ve been to see the guys already. But they all seem to have come through well. We will know more after training tomorrow. We will put them through their paces and see where we are at. Nothing is a given in this team as we’ve seen and people will be playing for their spots. Everything will be considered.”