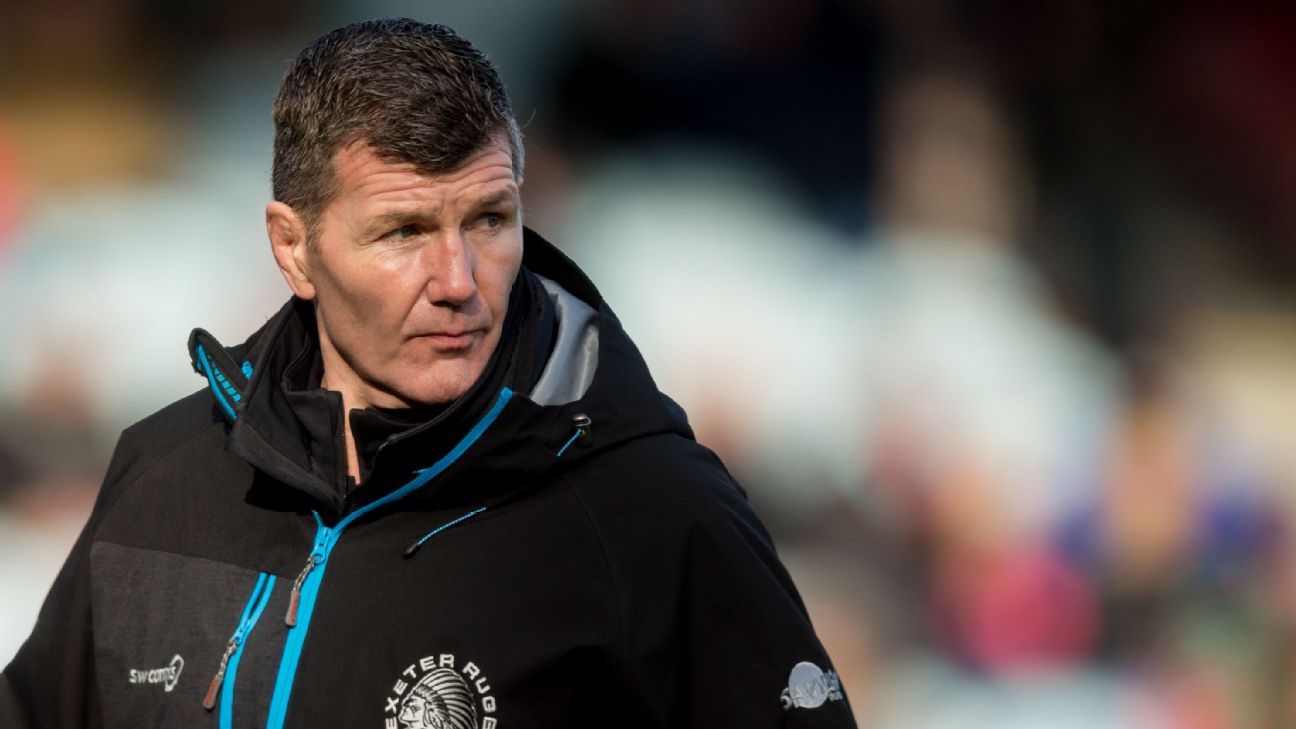 Exeter Chiefs have confirmed they have extended the contracts of 30 players including Scotland captain Stuart Hogg and England internationals Henry Slade and Jack Nowell.

Other internationals who have agreed to new deals include England’s Luke Cowan-Dickie and Sam Simmonds and Wales’ Alex Cuthbert and Tomas Francis.

“I’m delighted with what has happened. It seems strange really, because there has been an awful lot of news coming out from other clubs in regards what is happening around pay cuts, players leaving, players staying, yet we have got on with our business pretty quickly,” Exeter Chiefs director of rugby Rob Baxter said in a statement.

“In the end, we used that period between the salary cap change being discussed and when any new contract that would be allowed in the new salary cap system to be finalised to sort something like 30 contracts.

Baxter said the club had to have individual conversations with every player as situations and contract lengths varied.

“This group have worked extremely hard for us and whilst there are always one or two changes each year, everyone knows we are relatively fluid and that we don’t tend to change a lot of players,” he added. “We have got a group here now, many of whom are around that age group of 26-27, and barring one of those tragic serious injuries that can happen in rugby, we feel we should get a really good three or four years out of this group.”

The Gallagher Premiership will resume on Aug. 14 and the remaining nine rounds of matches will be crammed into six weeks, before the playoffs and final on Oct. 24 — less than a month before the next season kicks off at the end of November.

The season will restart with Harlequins facing Sale Sharks on Aug. 14, with three rounds of midweek fixtures added. All games will be played without fans present and under strict hygiene protocols.

Exeter Chiefs, who were five points ahead of Sale Sharks when the league was suspended, will resume their season against Leicester Tigers on Aug. 15.

Information from Reuters contributed to this report.