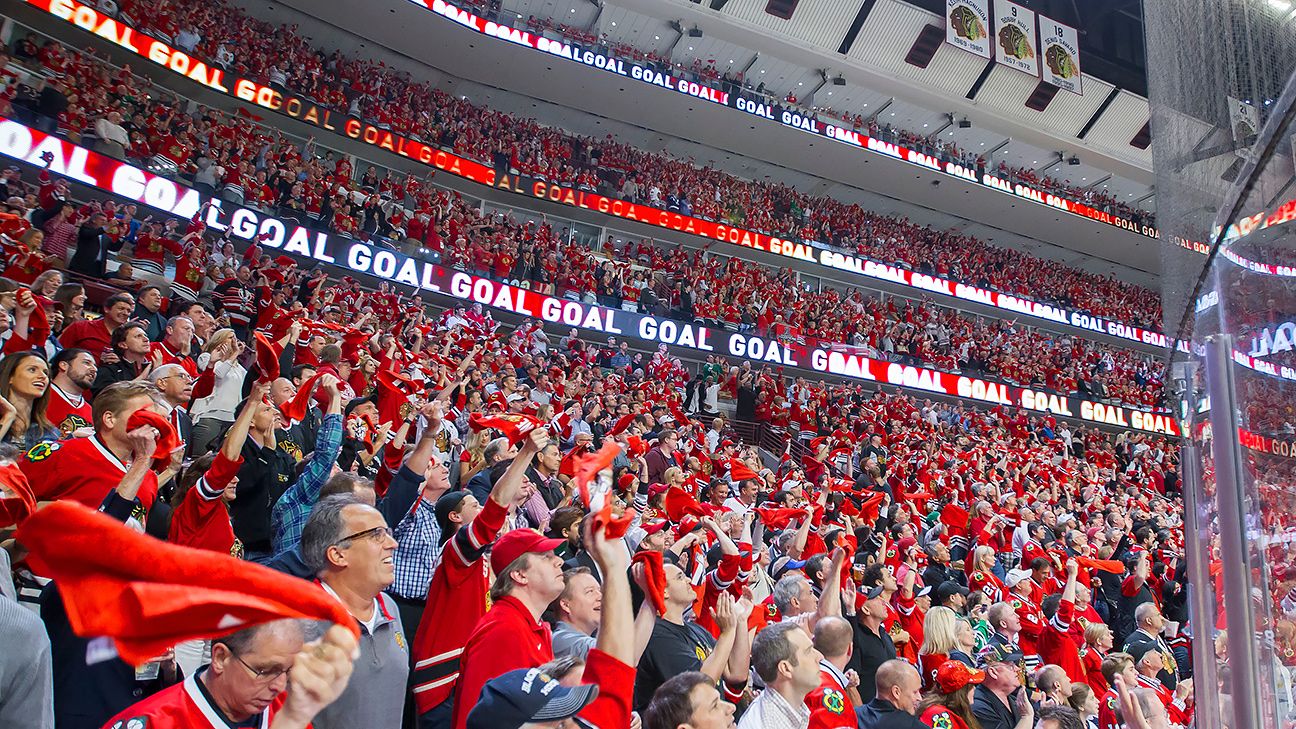 NHL players will hear fans chanting “We Want The Cup!” during their postseason tournament — just not in person.

The league’s teams began emailing season-ticket holders over the weekend, asking them to record 30-second clips of cheering on their players. The clips will be used during games played in empty arenas inside the Toronto and Edmonton “hub cities,” as well as on broadcasts and through NHL social media channels.

The emails include guidelines from the NHL on best practices for filming, including location, sound quality and shot composition. They also discuss how to dodge potential trademark and copyright violations by “avoiding the appearance of paintings, posters, professional photography or any other art in the background” as well as avoiding “wearing apparel that shows any brands” other than those of the NHL and its teams.

Fans who submit videos must also sign and submit an electronic waiver for every person featured in the clip.

ESPN reviewed emails sent to ticket-holders for the Boston Bruins, Calgary Flames, Chicago Blackhawks, Colorado Avalanche, Florida Panthers, New York Rangers and Winnipeg Jets, asking for video submissions. They asked for clapping “Let’s Go” cheers that you’d hear at home games, “We Want The Cup!” chants and sound that can be used when a goal is scored.

“For this, for the first three seconds, you should pretend that you are anticipating the goal, and then explode into your celebration,” said the email, asking for 30 seconds of cheering for that goal. Fans were also given specific requests for chants from their teams.

• Bruins fans were asked to chant “TUUUUUUUUKKKKKKK,” for when goalie Tuukka Rask makes a save; for a 30-second video of “how you’d dance to ‘Shipping Up to Boston,'” the Dropkick Murphys’ song heard at home games, although they were told not to sing the song or play it in the background; and Bruins fans were also asked for 30 seconds of “booing or reacting to a bad call,” with the explicit instruction not to use any “bad words/hand gestures, please.”

• Rangers fans were asked to chant the first names of all three goaltenders that might see action in the postseason, as well as “BREAD-MAN!” for star winger Artemi Panarin.

• Blackhawks fans were asked for 30 seconds of a “slow clap” as well as “30 seconds of how you act/cheer during the National Anthem at a home game,” a tradition at home games.

• Avalanche fans were asked for 30 seconds of holding up and moving around their cell phone light “to replicate in-arena when your team takes the ice for the third period,” as well as “three takes of the ‘Woo Woo!’ sound that you make after the Avalanche scores a goal at home.”

• Panthers fans were asked for clips of them yelling “red!” during the national anthem and “goal!” when a goal is announced, as it traditional at home games.

• Flames fans were asked for clips of them yelling “Sea!” and “Red!” during the U.S. national anthem and 15 seconds of changing ‘Oi! Oi! Oi!’ during the AC/DC song “TNT”.

• Winnipeg Jets fans were asked for “10-30 seconds of telling us why you are proud to be a Winnipegger and ending with passionate statements of ‘WE ARE WINNIPEG!'”

The NHL and the NHLPA approved both a “return to play” plan and an extension of their Collective Bargaining Agreement on Friday. The season is scheduled to restart in the Toronto and Edmonton “bubbles” beginning on Aug. 1 with a 24-team tournament. The top four seeds in each conference play in a round-robin, while the other eight teams play in five-game qualification-round series.

The use of prerecorded crowd noise has been commonplace in European soccer’s restarted season, while videos of football fans was shown during the NFL Draft.