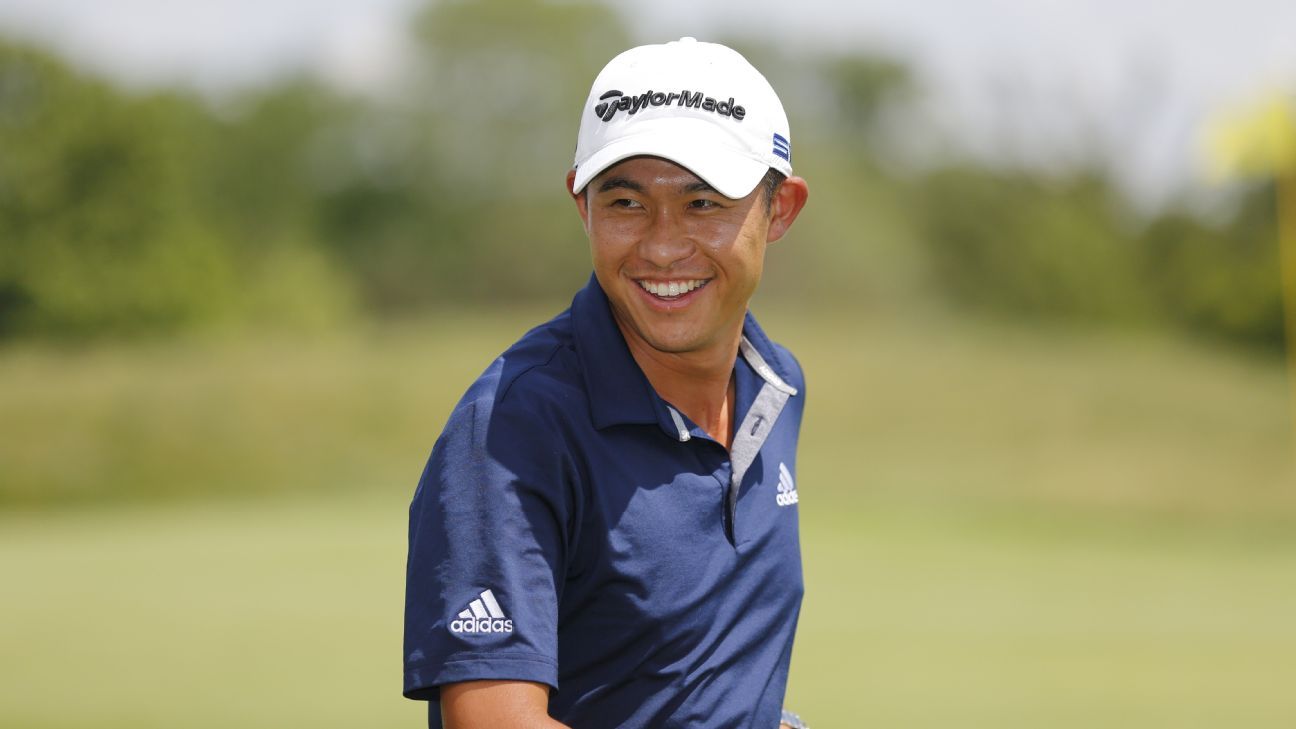 DUBLIN, Ohio — Collin Morikawa never looked like a winner at the Workday Charity Open until he tapped in for par on the third playoff hole, capping off a wild finish Sunday at Muirfield Village.

Morikawa trailed Justin Thomas by 3 shots with three holes to play and managed to get into a playoff with a 6-under 66. Then, after watching Thomas hole a 50-foot birdie putt on the first extra hole, he had to make a 25-footer just to stay alive. He could only watch as Thomas had a 10-footer to win on the 18th on the second playoff hole.

It finally ended on No. 10 when Thomas had to lay up from behind a tree and made bogey, and Morikawa took two putts from just inside 10 feet for his second career victory, and first against a strong PGA Tour field.

“It was crazy,” Morikawa said.

It was a shocker for Thomas, too. He lost a 2-shot lead at the start in three holes. He ran off four straight birdies and had 10 consecutive one-putts to build a 3-shot lead through 15 holes.

Thomas didn’t do anything terribly wrong — a tee shot in the thick collar on the par-3 16th that led to bogey, a 12-foot birdie attempt on the 17th that narrowly missed and a tee shot that found a bunker on the 18th and led to another bogey and a 69. They finished at 19-under 269.

Thomas looked like the winner when his 50-foot birdie putt found the center of the cup on the 18th. Morikawa, who lost a playoff at Colonial last month by missing a 3-foot putt, wouldn’t let this one go.

It was his debut at Muirfield Village, and this victory didn’t end with a handshake from Jack Nicklaus. That’s for next week at the Memorial.

Viktor Hovland of Norway had a 71 and finished alone in third. He was in the final group of three young stars, all of whom had the lead at some point during the final round.

Hovland’s hopes ended with 2 shots — finding a bunker from the 10th fairway for bogey, and a driver on the reachable 14 that only missed by about 5 feet, enough to slowly tumble down the bank and into the water.

Morikawa also hit driver on the 14th that rolled 12 feet away. He narrowly missed the eagle putt, and then his chances appeared to vanish on the next hole.

He was in thick rough right of the fairway on the par-5 15th, unsure he could get over the slope to the next section of fairway. It came out heavy, just through the fairway into light rough 190 yards away. By then, Thomas was already on the green in two. Morikawa went through a bunker to the steep slope by the green, and did well to get up-and-down for par.

The starting times were moved up to avoid a forecast of thunderstorms. The weather was pleasant for Ohio in July. The final round was far more unpredictable.

Thomas, staked a 2-shot lead, had gone 55 holes without a bogey at Muirfield Village and then made back-to-back bogeys with a wedge in his hand from the fairway.

Hovland was the first to take advantage with a wedge to 2 feet for birdie on No. 3, the first of three straight birdies. Morikawa quickly joined him with a tee shot that banged into the pin on the par-3 fourth and settled inches away for birdie. Then, he hit his second shot to a front pin on the par-5 fifth to 3 feet for eagle.

Hovland and Morikawa were tied. Thomas was 3 shots behind, and looked to be on the verge of fading when he didn’t birdie either of the par 5s and had to make an 8-foot par in between them.

One shot sent Thomas on his way, or so it seemed. He hit 6-iron to 2 feet for birdie on the eighth. That was the start of four straight birdies, and it was part of a stretch in which Thomas had 10 consecutive 1-putt greens. The last of those was a 25-foot eagle putt that gave him a 3-shot lead with three holes remaining.

It looked like it was over. That turned out to be the just the beginning.

It was the second playoff in five events since the PGA Tour resumed from its COVID-19 pandemic-imposed shutdown, and Morikawa was involved in both of them.

Now, they get ready to do it again. Muirfield Village is closed on Monday so crews can get ready for the Memorial, which starts Thursday. The work includes swapping out all the signage, and removing some 10 electronic leaderboards from the course. Nicklaus prefers all the scoring to be seen on manual white boards, just like the Masters.